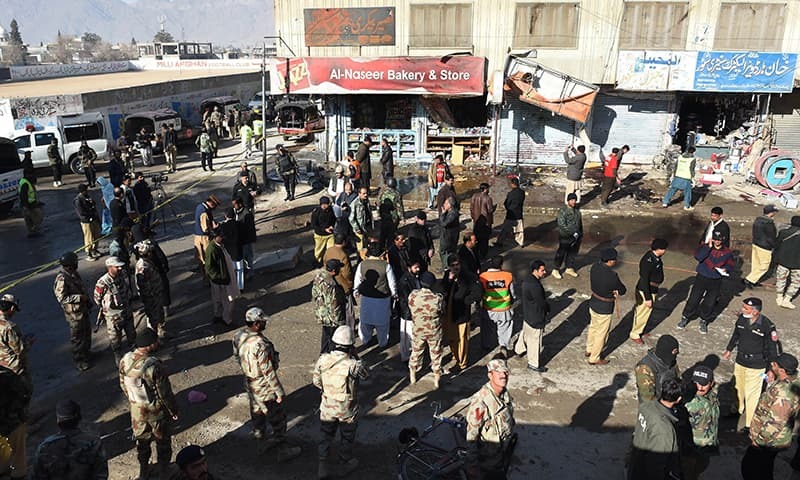 QUETTA, 18 August: The Balochistan government has constituted a six-member committee to investigate terrorist attack at Civil Hospital in Quetta and submit report within a month.

According to a handout of the provincial government, the joint investigation team (JIT) will be headed by SSP Investigation Zahoor Afridi. The probe team will record statements of eyewitnesses of the Quetta blast and will also investigate the incident from other angles.

At least 72 people, including lawyers and journalists, were killed in a suicide blast in Quetta on 8 August.