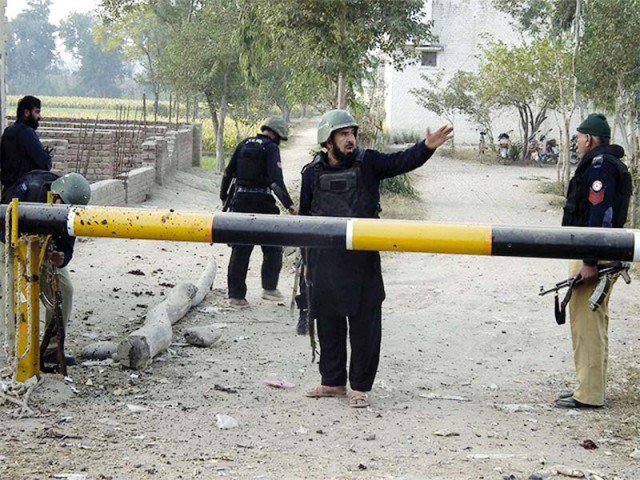 MIRANSHAH: The ban on entry of non-local persons in North Waziristan has been lifted and now any Pakistani citizen can enter in the tribal district without any problem.

According to a notification issued by the district administration of North Waziristan, the ban imposed on entry of non-locals in the tribal district on August 17 has been lifted with immediate effect. The district administration had banned the entry of people, who don’t possess identity card of North Waziristan, under Section 144. The said action was taken on the recommendation of the concerned district police officer (DPO).

Section 144 was imposed in North Waziristan keeping in view the law and order issues. Now it has been lifted after improvement in the situation.

Although militants were eliminated from North Waziristan in operation Zarb-e-Azb, but still they have some presence in some pockets and they attack the security forces and also plant landmines which also trap civilians. Several deaths including that of civilians have been reported in recent such attacks.

On August 25, a security personnel was martyred, while five others were injured in a landmine blast in North Waziristan. Sources said a party of the security forces was on routine patrol in Speen Wam area of Mir Ali tehsil when a landmine exploded on them.

On August 20, four persons lost their lives and eight others sustained injuries in two separate landmine blasts in North and South Waziristan.

One June 25, a child lost her life and three others were injured in a landmine blast in North Waziristan. The sources said children belonging to same family were playing outside their home when one of them stepped over a landmine.

The security forces also conduct intelligence-based operations in North Waziristan from time to time on credible information about presence of militants.