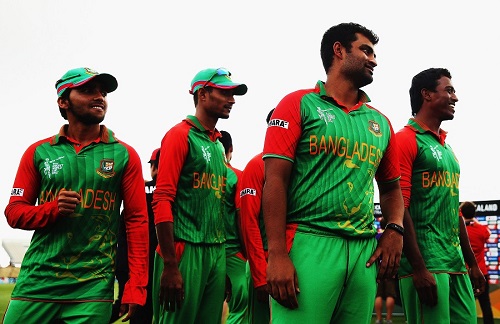 PESHAWAR, 5 March: Bangladesh have defeated Scotland by six wickets in the Pool A match of the ongoing Cricket World Cup.

The match was played in Nelson, New Zealand where Scotland batted first and posted 318 runs with the loss of eight wickets. The team’s opener Kyle Coetzer scored 156 runs.

In response, the Bangladesh chased down the target in 49th over with the loss of four wickets.

India will play against West Indies in the event tomorrow.