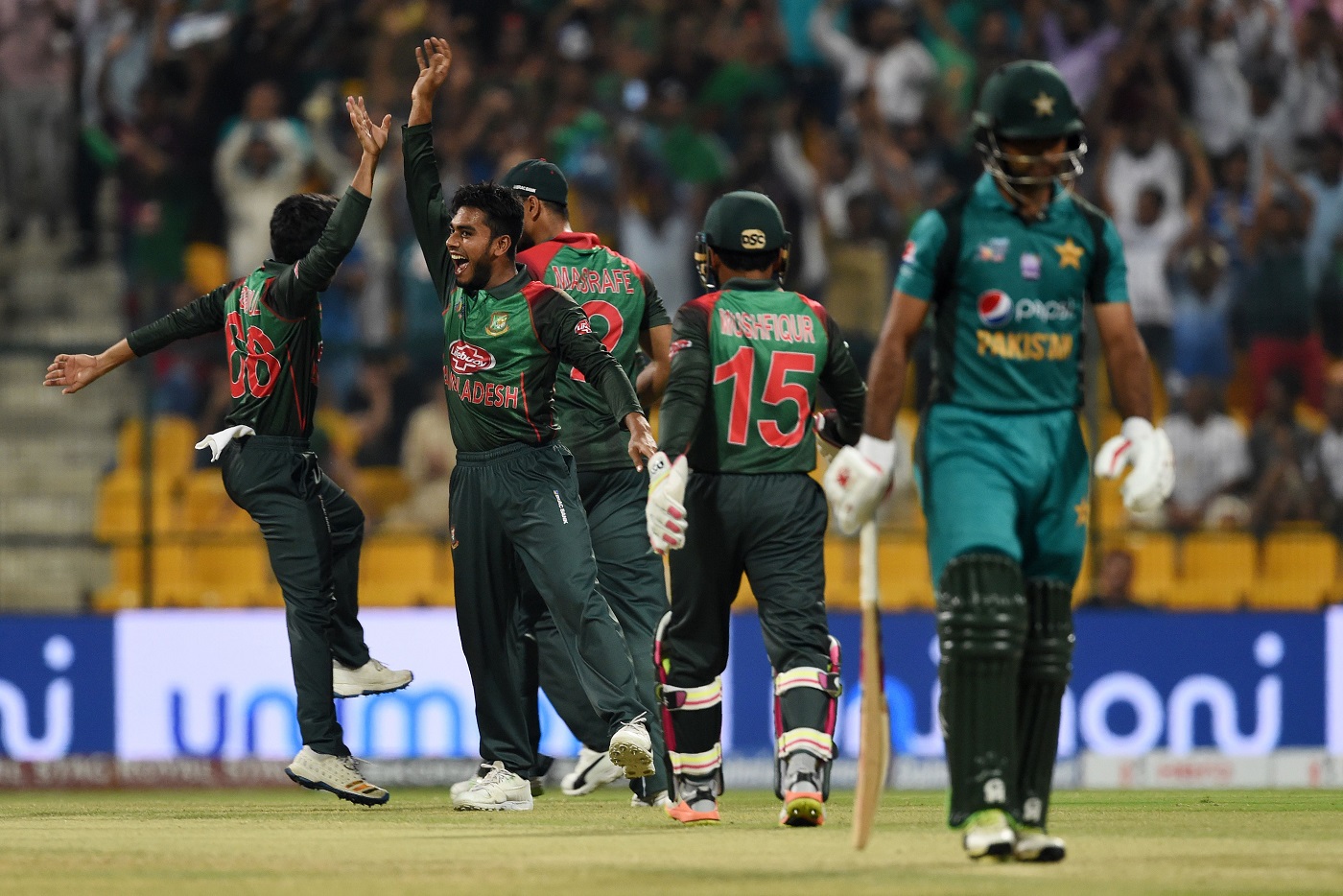 PESHAWAR: Pakistan crashed out of Asia Cup after a disappointing defeat by Bangladesh in Super Four round match in Abu Dhabi on Wednesday night.

Bangladesh after choosing to bat first were all out on 239 runs in 49th over. Mushfiqur Rahim was the pick of batsmen for Bangladesh with 99 runs, while Mohammad Mithun also contributed 60 runs.

Pakistan batsmen again failed to chase a comfortable total and could score 202 runs for the loss of nine wickets when the innings ended. Imamul Haq was top scorer with 83 runs, while no other batsman could score a fifty.

For Bangladesh, Mustafizur Rahman was the pick of bowlers with four wickets, Miraz took two wickets, while Rubel Hossain, Soumya Sarkar and Mahmudullah took one wicket each. Mushfiqur Rahim was declared player of the match for his brilliant batting.

Now Bangladesh will face India in the final of the Asia Cup in Dubai tomorrow (Friday).