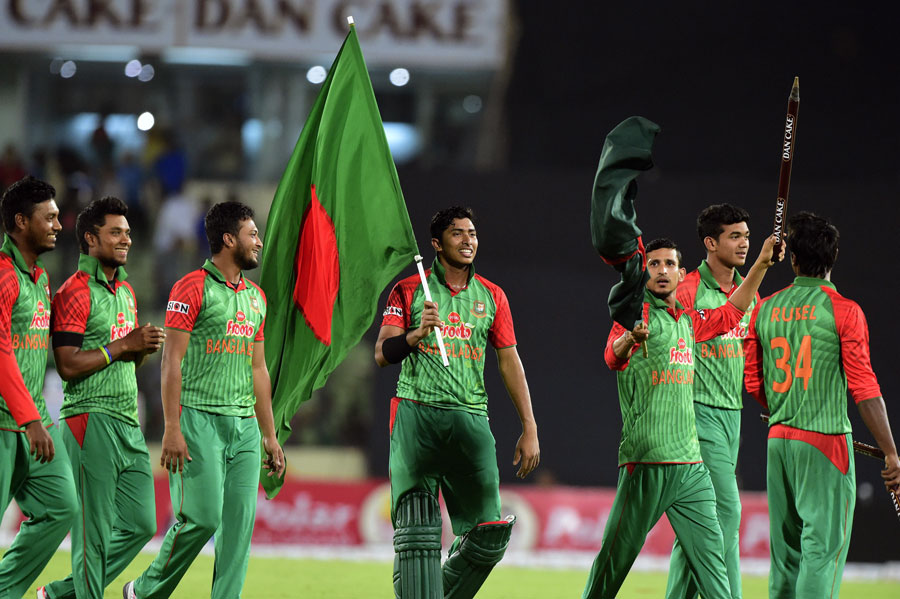 PESHAWAR, 23 April: Bangladesh whitewashed Pakistan in the one-day series by claiming an easy victory in the third match of the series in Mirpur yesterday.

Pakistan while batting first started their innings well with captain Azhar Ali’s 101, Sami Aslam’s 45 and Haris Sohail’s 52. However, no other batsman could make any significant contribution and the whole team were out on 250.

Bangladesh once again foiled all the manoeuvres of the Pakistani bowlers and surpassed the total quite easily in the 40th over with the loss of two wickets. For Bangladesh Tamim Iqbal scored 64 and Mahmudullah scored 4 runs, while Soumya Sarkar and Mushfiqur Rahim remained unbeaten on 127 and 49 respectively.

It was the first series victory by Bangladesh against Pakistan.