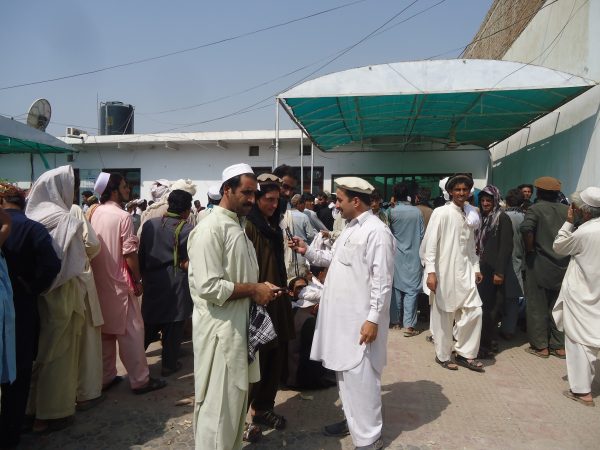 BANNU: Officials of the National Database and Registration Authority (Nadra) in Bannu on Thursday held a brief strike in protest against the inappropriate behaviour of police.

Nadra officials said they held strike against the highhandedness of police. However, they said, their strike was causing great inconvenience to the people to had come to the Nadra office after which they decided to end the strike and lodge protest symbolically. They said long queues of people gathered outside the Nadra office due to stoppage of work after which it was decided to resume work.

The officials said the government has introduced a specific procedure to obtain confidential data. However, they alleged that the Cantt Police were insisting on obtaining the data illegally, due to which they refused to cooperate with them. They demanded the government to remove Assistant Superintendent of Police (ASP) Cantt from his post. They said they will spread their protest to other parts of the country if their demand was not met.

The process of registration and transfer of votes has kicked off in North Waziristan tribal district.

District Additional Election Commissioner Rafique Khattak told TNN that 19 centres have been set up for voters registration in North Waziristan. He said the Pakistan Army is fully supporting the Election Commission of Pakistan (ECP) in carrying out its work smoothly.

The commissioner said the total population of North Waziristan according to the census is 543,254, out of which 274,205 are registered voters, including 77,537 female voters and 196,668 male voters. He said the process of distribution of voter registration forms among the station in-charges has been initiated. He said the Election Commission will make sure that no voter remains deprived of registration.