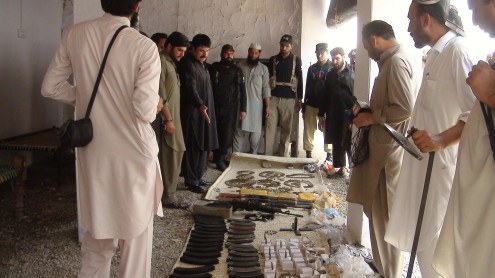 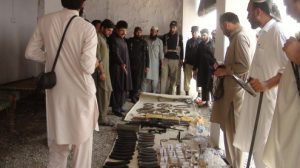 BANNU, June 6: The Bannu police have seized arms, explosive material, and hashish from a passenger coach coming from North Waziristan.

The Bannu District Police Officer, Mr Abdul Rasheed, told TNN that on a tip-off the police set up checkpost in Dowa area on the link road between Mirali and Bannu.

He said they stopped a coach and recovered three American Kalashnikovs, two hand grenades, two pistols, thousands of bullets and hashish from the secret cavities of a coach.

He said the police had also arrested one accused and recovered two national identity cards from him, in which he had mentioned two different names.