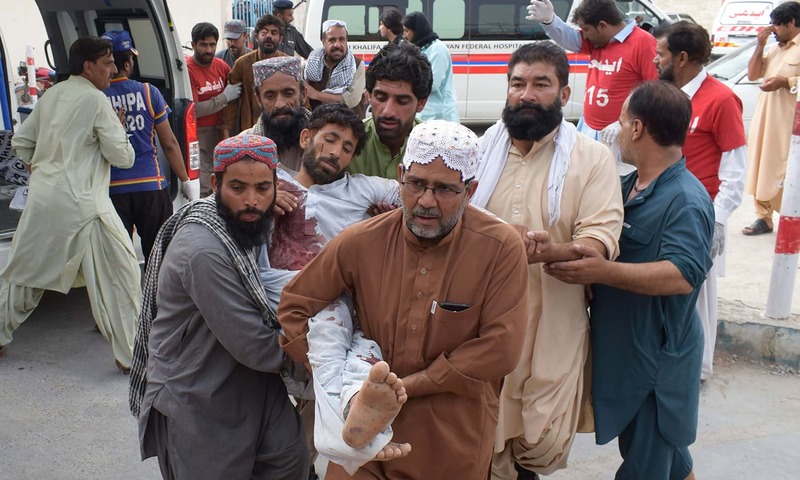 PESHAWAR: One hundred and twenty-eight people, including candidate of the Balochistan Awami Party (BAP) from PB-35 Mastung, Siraj Raisani, were killed and over 150 others were injured in a suicide blast in Dringarh area of Mastung district of Balochistan on Friday.

Balochistan Home Minister Agha Umar Bangalzai told media that Siraj Raisani succumbed to his injuries while he was being shifted to Quetta. Director Civil Defence Aslam Tareen said eight to 10 kilograms explosives were used in the bombing, with suicide jacket also reinforced with ball bearings which caused massive damages.

Bodies of the victims were taken to Civil Hospital Quetta, Bolan Medical Complex and Combined Military Hospital Quetta. Some of the wounded were stated to be in critical condition.

The bombing in Mastung was the most deadly attack in Pakistan in over three years since the Army Public School (APS) tragedy when Taliban extremists assaulted the school in Peshawar in 2014, killing over 150 people, mostly children.

It was the third attack on electoral activities in Balochistan during two days. Earlier, the BAP office in Khuzdar was targeted in a bomb blast. Two people were wounded in the attack. A PTI corner meeting was also targeted in a blast in Hub, leaving two people injured.

Daesh militant group claimed the responsibility for the attack in Mastung. Attacks in Hub and Khuzdar were, however, claimed by Baloch insurgent groups.

The BAP has postponed its political activities scheduled for today (Saturday) in Quetta.

The political and military leadership of the country condemned the terrorist attack in Mastung. 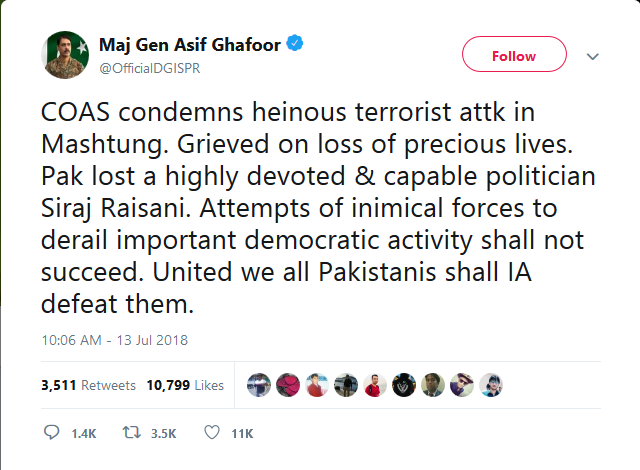