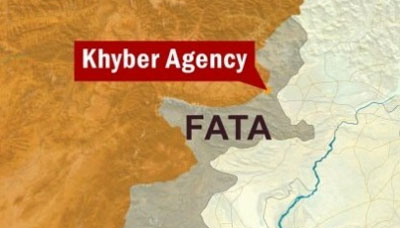 BARA, 9 October: The political administration of Khyber Agency has asked the people of Bar Kambarkhel area of Bara sub-division not to come out of their homes after 6:00pm.

Official sources said motorcycle riding has also been banned in Bar Kambarkhel area due to security issues. The people of the area have been told that they will be responsible for any damages if they did not follow the directions.

Meanwhile, the security forces arrested eight suspects of Sheikhmalkhel area for their alleged involvement in blowing up a private school in Bar Kamberkhel. Two rooms and gate of a private school in Bar Kamberkhel were damaged in a blast two days ago. The security forces have also arrested eight suspects during an operation Shahkas Malakano area of Jamrud sub-division.