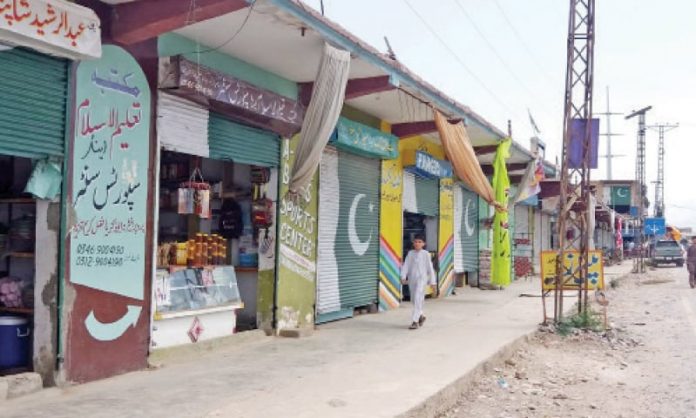 PESHAWAR: Bara area of Khyber tribal district was also badly affected from militancy and military operations, but the Small and Medium Enterprises Development Authority (SMEDA) did not pay proper attention to this area.

The affected traders of Bara said they had submitted applications with SMEDA in 2014-15, but despite several claims and promises, they did not get any financial assistance.

Taj Muhammad Afridi said while talking to TNN that traders suffered a lot during militancy and military operations, and traders of Bara even faced double losses as compared to businessmen of other areas.

“Our investment was lost during uncertain conditions as those who had to pay us back on our investment did not return the money and we had to make payments to those from whom we had borrowed money,” he said.

Taj Muhammad Afridi said officials of SMEDA came to their area four months ago and they asked them to fill forms with all details to get compensation.

“They told us that those filling the forms first will receive the aid first. We submitted the duly filled forms and addressed all the deficiencies in the forms as directed by SMEDA officials,” he said.

The trader said the process of removing lacunae from the forms took three to four months as SMEDA officials used to call traders even on trivial matters.

“Despite submitting photos with forms initially, they asked us to submit photos again. After completion of the process, SMEDA officials called us and asked us to open bank accounts. Now we have submitted form to open a bank account and it is yet to be seen how we will receive the aid,” he said.

Taj Muhammad Afridi said SMEDA officials have cooperated with traders so far in the process and they have never sought money or any other favor to process the applications.

“I have only one demand that payment should not be delayed any further and pending cases must be disposed of quickly so that more traders are also considered for compensation,” he said.