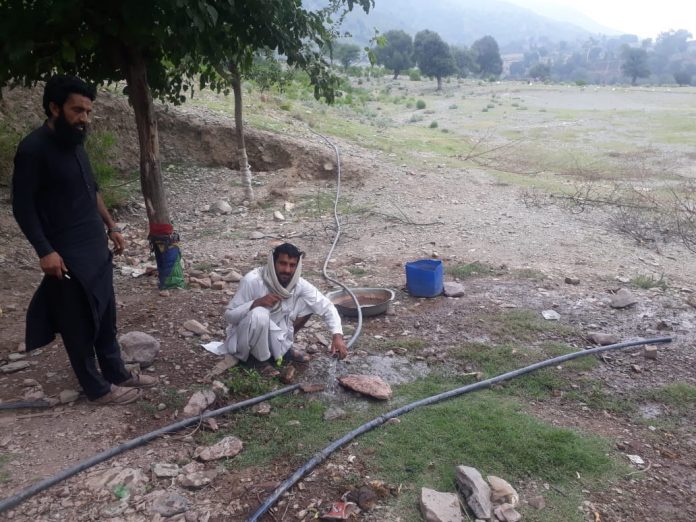 Various remote areas of the tehsil Bara including Nawiya Kamr in the tribal Malik Din Khel, Chitwan Kale in Kamir Khel, Haji Yakut Kale, Landy and Bazghara as well as areas in Sipah Tribe including Ghebi Neka, Kheyl Sur Kalay are getting the benefits of the project.

In these areas commander of the Frontier Corps Mehsud Scouts, has installed six plastic tanks to store water and protect water from waste. Talking to the media, Dr Abdul Wahab, chairman of the Mashal Social Welfare Organization said there were springs in the mountains which are sources of water requirements of the people of the area. 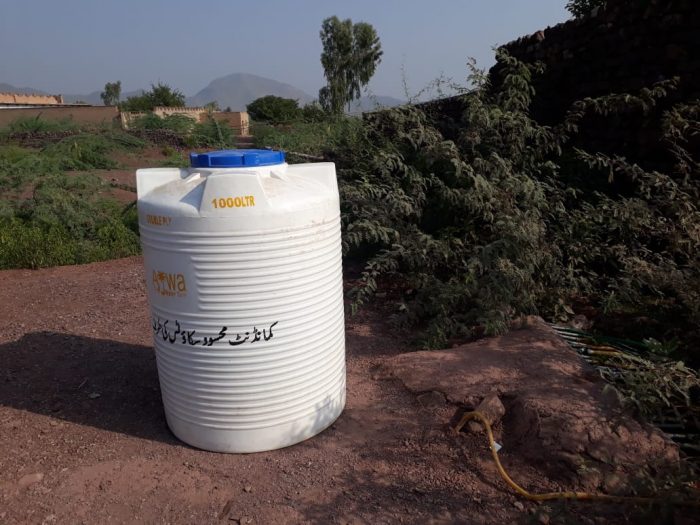 However, most of the water goes waste that is why Frontier corps Mehsud Scouts officials have installed pipes which transfer water into the special tanks fixed in specific areas for the consumption of local people. He added that the collected water could be transferred at any time by people to their homes in pots or through pipes.

According to Abdul Wahab, he and Khalil Khan Afridi of ‘Kamar Khel Youth’ have personally conducted a survey and identified six places to FC Mehsud Scouts Commandant Lieutenant Colonel Ahmed Madani for installation of tanks for water storage. Dr Abdul Wahab said that the tanks would provide clean drinking to more than 100 families for domestic use.

The government and security agencies are urging that more pipelines should be installed so that clean water can be made available for tribal people.