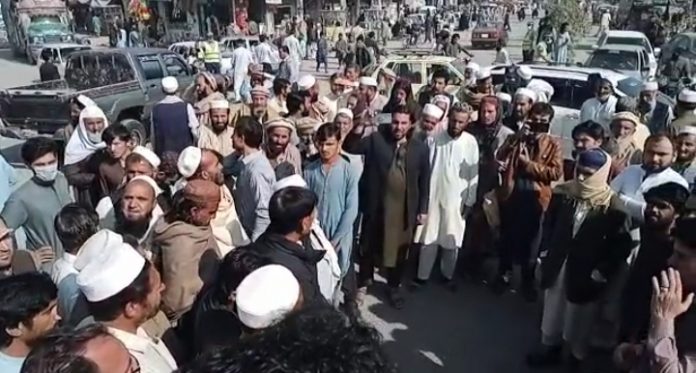 Shalober tribesmen belonging to Bara tehsil of Khyber district protested against government bid to take over Nakai hill in the Tirah Maidan.

The tribesmen at this occasion chanted slogans and said that they will not allow government to take over the hill.

They said that hill stood in the midst of their homes. The tribesmen said any kind of work on the hill caused them trouble. They said that due to this they would never allow government to take control of the hill.

The protesters demanded immediate transfer of Assistant Commissioner Bara. The protesters warned authorities that if government did not stop its efforts to take over the hill, they will be forced to close down Pak-Afghan highway in protest.