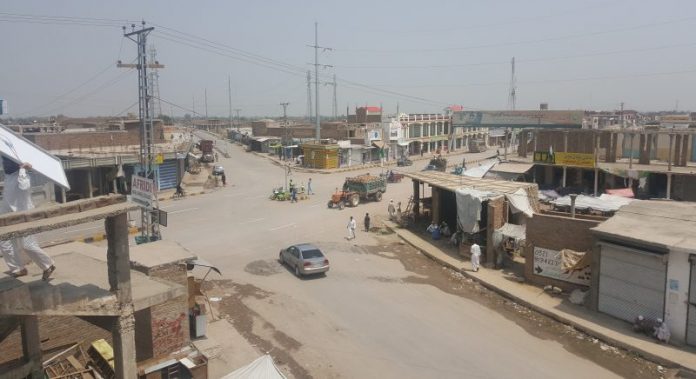 Unregistered industries and mills in residential area of Tehsil Bara District Khyber, have become an immense source of pollution and are causing great trouble for local people in their daily life.

Khyber is well known for its clean environment, natural landscapes and historical significance which makes it a suitable site for tourism as well. But growing amount of industries which are self-established; without any prior approval of Environmental Protection Agency, have a hazardous effect on its environment and causing a lot of troubles in the area.

These include mainly steel and silk industries which are located around Bara in the areas of Akakhel, Shalobar and Alam Guder. Some factories of plastic shoes, plastic bags and electric wires which are approximately 100 in number, are located specifically in Alam Guder. Before militancy there were 300-400 silk factories but now only 30-40 are left. Similarly, the silk industries are 30-35 while steel mills are a dozen.

The lives of the people have been affected tremendously in many ways. Due to the polluted air from these industries the people are suffering from numerous diseases related to eyes, skin and lungs. Although some mills have installed smoke filters in the chimneys but a lot is yet to be done. Besides creating air pollution which is the main source of diseases, these are polluting land as well. There is no check on the discharged water which mixes with the pure water reservoirs thus contaminating it and making it unfit for drinking.

When asked about the effects of these industries, a resident of the locality, Advocate Salman Afridi said; “We want these industries to get properly registered and ask governmental authorities to take notice of these unregistered entities as a lot of pollution and health hazards are resulted by their establishment in residential area. The smell is totally unbearable hence we demand their transfer to commercial area.”

The local residents have raised their voices by holding demonstration against these unregistered mills but officials have turned deaf ears to their legal demands.

It cannot be denied that industries have brought some advantages to the locals as they are source of employment to thousands of workers and laborers. Many people earn their bread by working there. Not only is it helping in combating unemployment at local levels but are also contributing in the economy of our country in their minimal capacity.

Presenting his views on this specific issue, journalist from Tehsil Bara, Mr. Shah Nawaz Afridi said: “My opinion is that on one side these mills spread smoke but on the other side thousands of families are involved in working for their livelihood. “

However, the local people demand from the concerned officials to bring these industries under legal framework, make them comply with statutory rules and obligations and transfer it to a commercial zone as soon as possible.