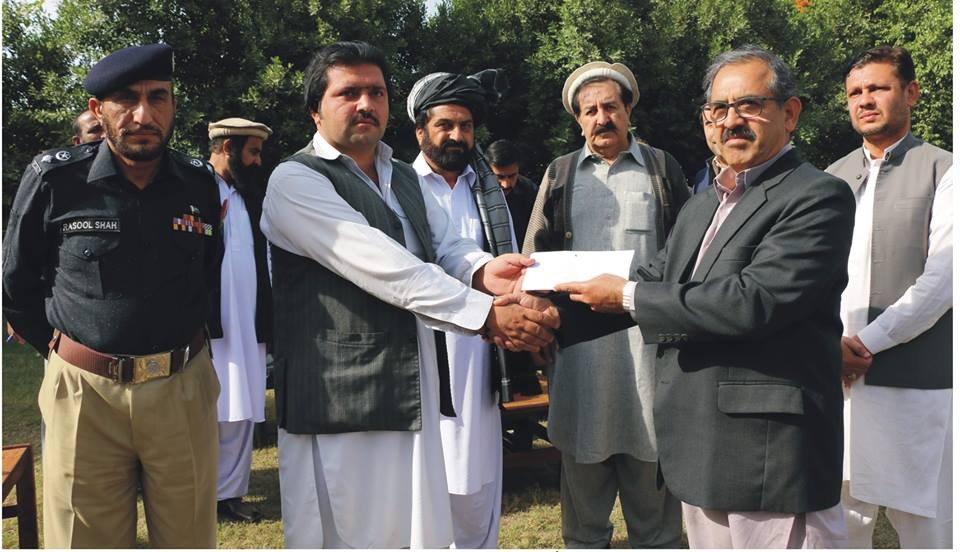 WANA, 23 November: A local folk singer of the South Waziristan agency Shaukat Aziz Shaukat was honored by the political administration during a ceremony held here on Wednesday.

Shaukat is one of the most popular singers in the agency and he sings songs in native Barki language.