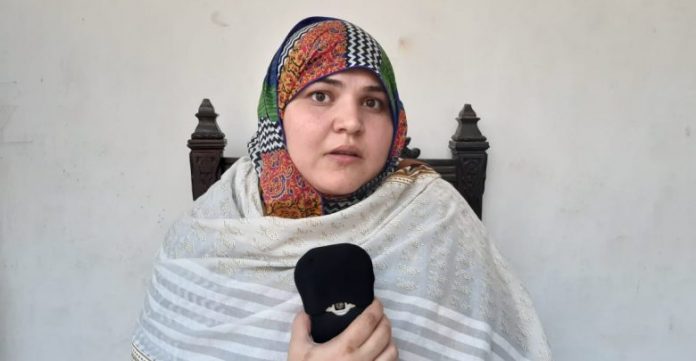 Baseerat is an educated woman from Landi Kotal Tehsil of Khyber district, claims that her only aim is to become the voice of voiceless tribal women. She has done master in International relations and was in Germany on education scholarship during the Tribal Districts election and now returned to actively participate in politics.

She has told the media that her father has played an important role in her education and making her able to come into active politics. Baseerat revealed that when she started a job, tribesmen strongly criticized her father however he did not budge from his stance of empowering his daughter. This was the reason that she did not lose courage and went forward to earn a name for his father and serve her Tribal people.

Baseerate thanked Al-haj Karwan and BAP for giving her the chance to represent tribal women in the provincial assembly and expressed determination to raise voice for tribal women and give voice to voiceless tribal women on the floor of Khyber Pakhtunkhwa assembly. She added that she has seen the backwardness of tribal women through her eyes and will be in a better position to become their voice.

Baseerat said that the tribal women has lagged far behind in the field of education and would like to play an active role in creating opportunities to get a proper education. She added that there is also deficiency of girls schools and the few schools situated in tribal areas are away from them that is why they are not able to attend schools. She added that in women are also facing a number of issues relating to their health as they have no quality health Centers available in tribal districts.

Al-Haj Shahji Gul has said that unlike other political parties he has selected an educated woman from within the tribal areas. He added that Landi Kotal Tehsil has not only got a seat in her nomination on women seat but also she has a lot of experience in the social sector that is why she will be in the best position to represent the tribal women in KP assembly.

The former MNA said that though they have also educated women in their own family but he doesn’t believe in hereditary politics that is why he nominated Baseerat for the women seat. He expressed the hope that Baseerat will be a role model for the tribal women and will raise voice not only for the women in Landi Kotal but for the whole tribal districts. He also revealed that Al-Karwan will strive that she get a ministery and become an agent of change for women in tribal districts.