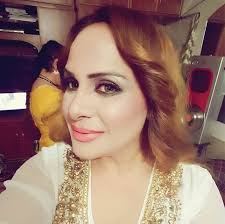 PESHAWAR: Farzana Riaz, who is a guru (leader) of transgender persons in Peshawar and working for their rights since 2009, says her family members used to hide her whenever guests came to their house.

Farzana said while talking to TNN that no doubt guests are a blessing of Almighty Allah, but for her during her childhood, they were not less than a nuisance.

Farzana was born in her maternal grandmother’s home in Charsadda and she was named Riaz by her parents, but after passage of time some changes were witnessed in her body, which were considered a cause of shame by her parents.

Usually the children still sleep with their parents at the age of eight, but this was not the case with Farzana who left her house and went to dera (place for transgender persons) at such young age.

“Being a transgender person is not a sin as it is not in someone’s hand. I am still thankful to God that I am born as a human with stable health,” Farzana said.

She said she used to get punished at school no matter it was her fault or not. She said everyone at school used to ask one question – are you a boy or a girl? Oh! You are a transgender.

Hearing the same taunts from her street to school, Riaz soon became Farzana and started dancing at wedding and other functions.

In her journey from eight-year-old Riaz to Farzana, her parents have never bothered to inquire about her wellbeing. She said she received a sad new one day that her mother has left this mortal world, but the right to see her mother just one last time was snatched from her.