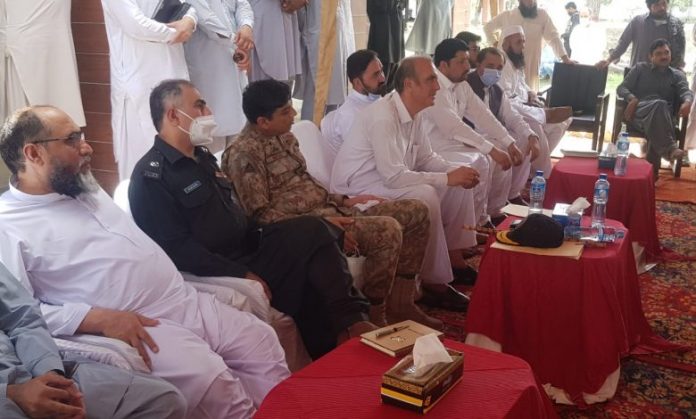 GHALLANAI: The benefits of the mega Mohmand Hydro Power Project have started reaching the local population as a free of cost transport service for local male and female students has been initiated in the area.

Under the free of cost transport service, 10 vehicles have been provided for all the sub-divisions of Mohmand tribal district which will provide pick and drop service to male and female students to homes and schools.

Brigadier Imtiaz said at the ceremony that work on the mega project is continuing with full swing and it will complete in stipulated time. He said the completion of the project will prove a milestone in the development of the country, particularly the development of Mohmand tribal district. He said under the project, an amount of Rs4.5 billion would be spent on different development projects in Mohmand district as benefit of the mega project. He said these projects include roads, schools, hospitals, water supply, vocational centres for women, skills centres and other schemes. He said completion of these projects will bring progress and prosperity in the area and change the lives of people.

Brigadier Imtiaz said the Rs4.5 billion funds for development projects are separate from the funds to be spent on Mohmand Dam.