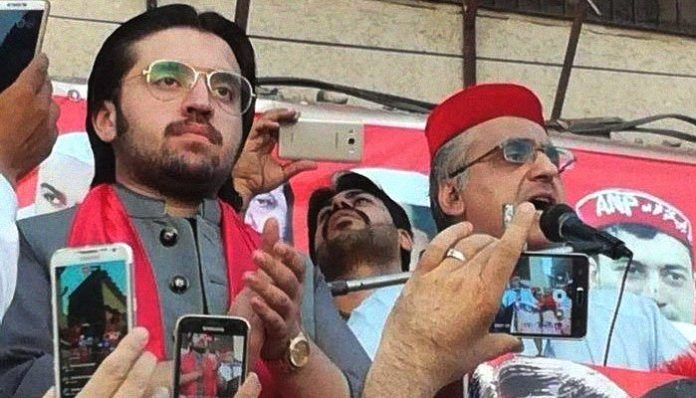 PESHAWAR: In a big jolt for the Awami National Party (ANP), Daniyal Bilour, son of Haroon Bilour, who lost his life in a terrorist attack before the general elections, has resigned from the party.

In his resignation letter, Daniyal Bilour said he is resigning because the party leadership is stopping him from taking part in the intra-party election. He said the party had claimed that the intra-party election would be held in a democratic manner, but that is not happening. He said that not only the party has fielded a candidate against him, but some party members are also campaigning for him. He said some candidates have also been elected unopposed.

Daniyal said he was ready to contest the election despite all these anomalies, but now the party leadership is asking him to withdraw his candidature in favour of his opponent candidate. He said he has been deprived of his democratic right to contest the intra-party election. He said his family has offered matchless sacrifices for the party, but he is being stopped from contesting the intra-party election, therefore, he is resigning from the party.

Daniyal was contesting the intra-party election for the post of the party’s provincial secretary information. This office was previously held by his father Haroon Bilour, who along with 22 other party activists lost his life in a bomb blast on 10 July, 2018. The election on PK-78 seat of KP Assembly, on which Haroon Bilour was contesting, was postponed after his death.

Haroon Bilour’s father Bashir Ahmed Bilour too had lost his life in a 2012 suicide bomb explosion in the city’s Qissa Khwani Bazzar. Haroon Bilour was the eldest son of Bashir Bilour and was contesting elections from the constituency of his late father.

Despite overwhelming victory of the Pakistan Tehreek-e-Insaf in the general elections in KP, particularly in Peshawar, the ANP managed to retain PK-78 seat of Peshawar after it awarded the ticket to Samar Haroon, the wife of Haroon Bilour, in the by-election.

No comment has been made by Samar Bilour on her son’s resignation from the party. However, Dainyal’s uncle and head of the family, Ghulam Ahmed Bilour said it is his personal decision.