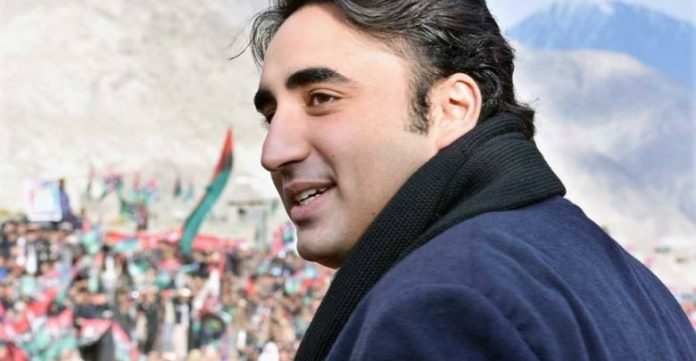 PESHAWAR: Chairman Pakistan People Party Bilawal Bhutto Zardari has announced “unconditional support” to the government of Pakistan Tehrik-e-Insaf (PTI) in “the greater national interests” and in efforts to engage the global community.

Bilawal Bhutto said this on Twitter on Tuesday for which he received applause from his followers and was appreciated for taking the ‘right decision’ in the present situation faced by the country.

“I‘ve many reservations about our PM, his undemocratic politics and economically fatal polices. I also believe much of his conduct abroad particularly his jalsa is unbecoming of a PM who is supposed to represent Pakistan not just PTI,” the PPP chairman said in his twitter message.

Bilawal added that having said that in the greater national interest everyone should support Pakistan’s efforts to engage the world. I therefore unconditionally support the government’s efforts. Will always provide constructive criticism when needed but will always support Pakistan first.

The PPP Chairman has said this after Prime minister Imran Khan visit to the united states. However, the leader of Pakistan Muslim League (PMLN) and the daughter of former PM Nawaz Sharif, the visit was unsuccessful and alleged that Pakistan was led down by the PTI government.

In a twitter message, Maryam said “You didn’t have to go to the US to reaffirm what is already known about you. That, you’re a minion who will surrender to any authority and demand to perpetuate your ill-gotten power.”

The PMLN leader while directing the Imran Khan further alleged: “From reneging on every stance that you ever took, to ceding more civilian space, you were an embarrassment.”

Maryam, who is the vice president of PMLN, also accused the PM of lying about press freedom in Pakistan. “Now come on, order more cases against me, ban my political rallies & coverage and tell the world how petty, scared & vicious you are. Why did you lie about freedom of the press when confronted at the White House?”