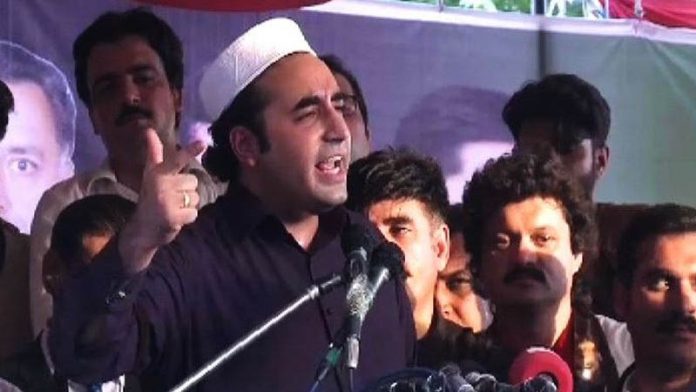 TIMERGARA: After being denied permission to hold a public rally in Bajaur tribal district, the Pakistan People’s Party (PPP) Monday organised a massive public gathering in connection with the upcoming tribal elections in Munda area of Lower Dir.

The PPP Chairman Bilawal Bhutto Zardari while addressing the rally continued his diatribe against the government, particularly against Prime Minister Imran Khan.

Bilawal said that ‘selected’ prime minister is unable to run the country. He said the PPP candidates will defeat the ‘selected’ candidates in the upcoming elections of Khyber Pakhtunkhwa Assembly on 16 general seats of tribal districts.

The PPP chief alleged that the PPP is fighting against dictatorship in the guise of democracy. He alleged that the premier, who raised the slogan of justice before the last general elections, is subjecting his political rivals to revenge. He said the government is using the accountability process to victimise political adversaries. He claimed that all development projects in KP and merged tribal districts were completed during the PPP government.

The PPP leader also raised questions about the transparency of the upcoming elections in merged districts. He took strong exception to imposition of Section 144 in some areas and deployment of Army inside the polling stations.

Bilawal said the government has failed to fulfil its promises made with the people of the country during election campaign. He alleged that the Pakistan Tehreek-e-Insaf (PTI) deceived the people to gain power. He said three budgets were presented in a single year and prices of everything were increased, while no relief was given to common man making it difficult for him to keep his body and soul together.

The PPP chief said Imran Khan is not the man he claimed to be before the elections. He reminded the premier about his statement of committing suicide before going to the International Monetary Fund (IMF), but now he has mortgaged the whole country to the Fund. He said the rich are getting richer, while there is no place to go for the poor as they are bombarded with taxes. He said the incompetence of the federal government is also taking its toll on the provincial governments.