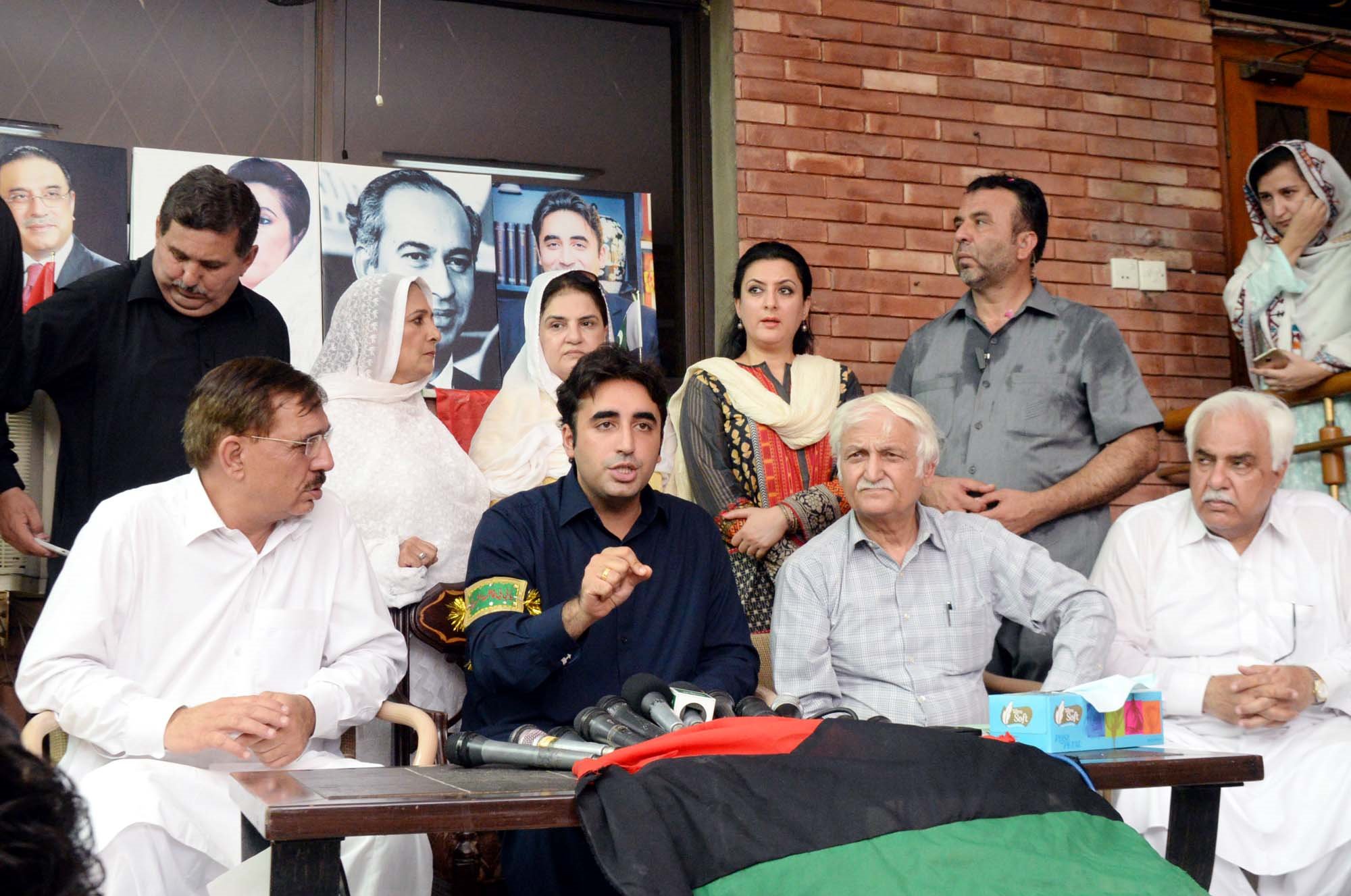 Addressing a press conference at the residence of former PPP provincial president Syed Zahir Ali Shah in Peshawar, Bilawal said he would just meet the people in Malakand from where he is contesting elections. However, he said there would be no rallies.

Bilawal said the PPP cannot continue its election campaign when the people are burying the victims of terrorist attacks. He said his party cannot put the lives of its workers at risk by holding public meetings. He said the PPP will carry out campaigns through press conferences.

He said that despite problems, the PPP would not boycott elections. He said bureaucracy in other provinces had been reshuffled, but no such postings and transfers were carried out in KP.

Bilawal said the National Action Plan (NAP), chalked out in the wake of the December 2014 attack on Army Public School in Peshawar, was not implemented in letter and spirit.