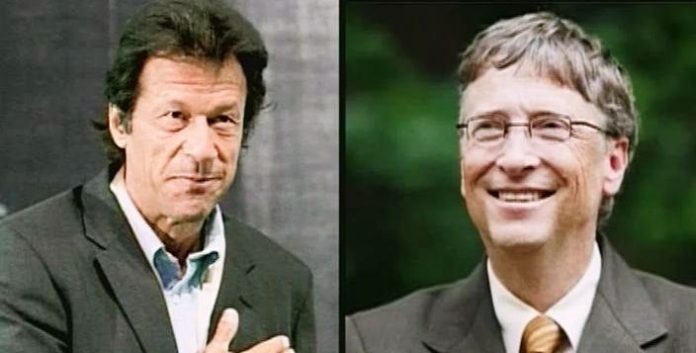 PESHAWAR: Prime Minister Imran Khan and Co-Chairman of the Bill and Malinda Gates Foundation, Bill Gates had a telephonic conversation on Wednesday.

During the 30-minute discussion, Bill Gates appreciated the prime minister for his efforts towards polio eradication. They also discussed strengthening of information technology (IT) sector in Pakistan. Bill Gates assured Imran Khan of continued cooperation in various fields. He congratulated Imran Khan on being elected as the prime minister of Pakistan and said he will visit Pakistan soon.

The telephonic discussion between Imran Khan and Bill Gates comes few days after the PM’s proposal to eradicate poverty from the country with the help of poultry. In 2016, Bill Gates had also spoken on why chickens are a solution to poverty.

However, Imran Khan’s proposal was mocked by the opposition and his critics on the social media. But Imran Khan hit back at his critics, saying that his proposal is not different from that of Bill Gates.