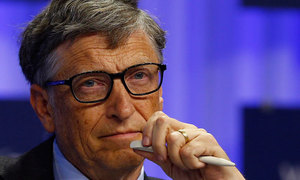 Pakistan’s efforts were lauded during Gate’s meeting with Prime Minister Shahid Khaqan Abbasi and expressed his resolve to continue his assistance till elimination of polio virus.

He also praised polio workers for their courage and commitment to continue their struggle despite threats to their lives and hoped that the PM would take all out efforts in eradication of the virus.

The PM thanked the Bill and Melinda Gates Foundation for its financial assistance to different projects in various sectors in Pakistan including containing polio virus.