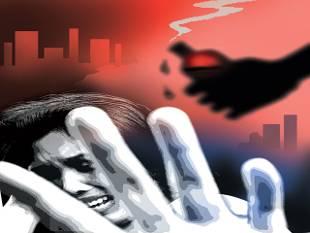 PESHAWAR: A bill has been tabled in the Khyber Pakhtunkhwa Assembly which proposes seven-year imprisonment for culprits involved in acid attacks.

Member KP Assembly from the Pakistan People’s Party (PPP) Nighat Orakzai submitted draft bill “Acid and Burn Crime Act 2020” in provincial assembly for curbing the heinous crime of acid attacks with strict punishment. The said bill will be presented under the Department of Social Welfare and Development.

The bill proposes penalties for acid throwers either on any male or female. The bill has also proposed medical treatment for victims of acid attacks, establishment of a special provincial commission and board for this purpose. The bill proposes that the crime will be considered as murder if acid attack victim dies and the culprit will be sentenced to life imprisonment, while those who assist will also be sentenced to seven years imprisonment.

The bill says police will be bound to complete investigation into the acid attack incident within 30 days, and the court will decide the case within two months.

The bill also proposes facilities of medical treatment and rehabilitation for acid attack victims. The government will set up a special fund for the rehabilitation of the victims and a special commission will be established at the government level including judges, lawyers, parliamentarians and bureaucrats.

The board established for monitoring acid attacks in KP will have 35 percent membership of women. The bill also envisages that the acid attack will be a non-bailable offence and a low level officer will not conduct inquiry into the case. The officers showing negligence in probe of acid attack incidents will also face action. The evidences of the acid attack cases will be provided legal protection and physical security.

According to the Human Rights Commission of Pakistan (HRCP), 31 acid attacks were reported in the year 2017, 67 in 2018 and 34 in 2019. And those are just the cases that have been reported. These attacks are not new to our society, yet they continue despite a ban on the public sale and purchase of acid. Under Section 144 of the Pakistan Penal Code, public dealing of acid and other corrosive substances is banned.