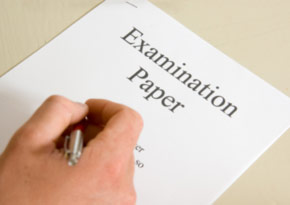 PESHAWAR, 29 April: As many as 300 students of intermediate could not take examination owing to the alleged mistake of the Board of Intermediate and Secondary Education (BISE) Peshawar, which issued same roll-number slips to more than one student.

At an examination hall in Haji Camp, the invigilators did not let the students with same roll number slips take examination, triggering anger among the students. They held a protest demonstration outside the Peshawar Press Club and said that their precious one year was being wasted due the mistake of BISE.

“The roll-number slips were issued on 20th April [but we did not receive slips]. On 22nd April we contacted the office concerned. Finally we were told that we will get our roll numbers at the examination hall but we were given erroneous ones which are of no use,” they said.