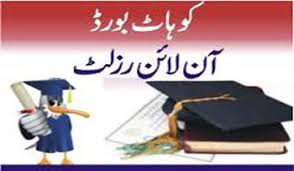 KOHAT, 21 June: The Board of Intermediate and Secondary Education (BISE), Kohat on Wednesday announced the annual results for ninth and tenth classes.
According to result, more than 72900 students appeared in the matriculation examination. The overall success ratio remained 71 percent.
Muhammad Maaz and Muhibur Rehman, student of Cadet College Kohat, got the overall first position in the board with 1054 marks in science group. The same college also got second and third position. Saad Khan and Saad Khan got second and third position with 1052 and 1051 marks respectively.
In the general group, Romeesa Ashraf, Ghafat and Hina Beggam obtained 887, 877 and 873 marks respectivly and got first, second and third positions.
A ceremony was organized at BISE Kohat where the Members National Assembly Shehryar Afrid, who was the chief gust on this occasion, distributed cash prize and awards among position holders. The board has distributed cash prize of Rs 50000 for topper, Rs 45000 and Rs 40000 for second and third position holders.
Afridi announced also announced Rs 100000 for top three position holders.