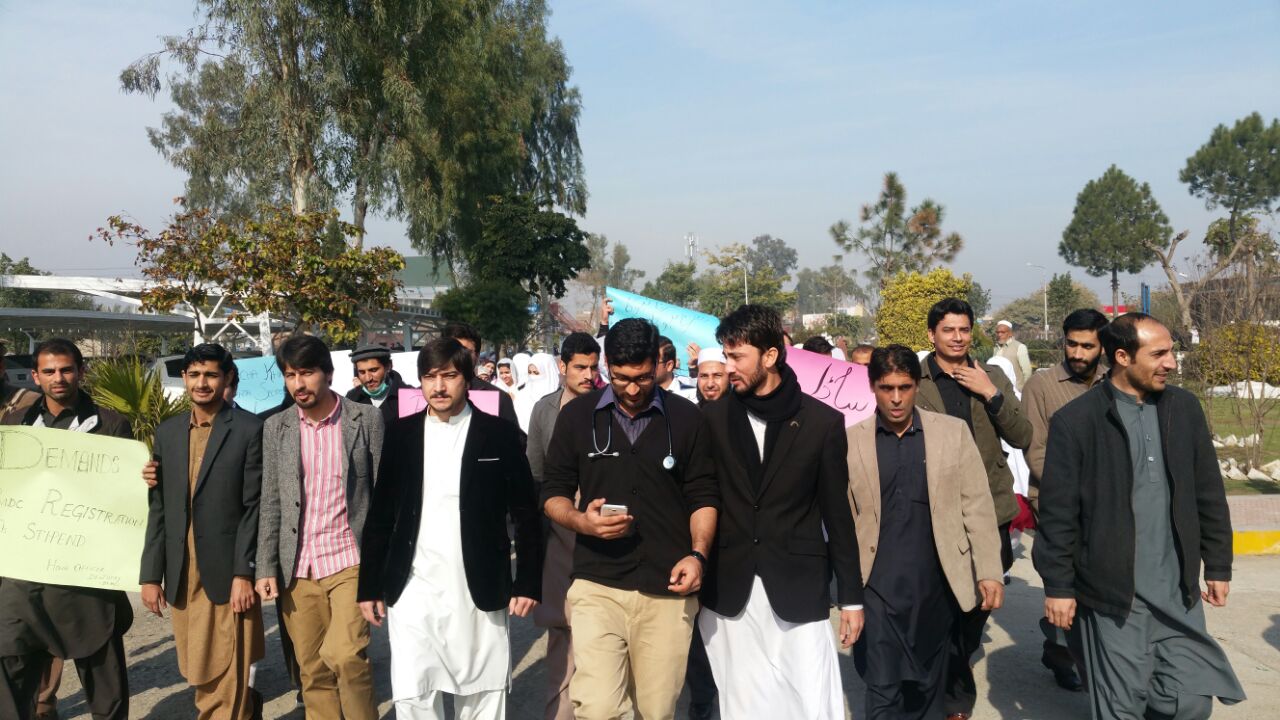 MARDAN, 01 February: The house job doctors of Bacha Khan Medical College (BKMC) dental section on Wednesday staged a protest demonstration against non-registration of the institution and suspension of their salaries.

The protesters said that they have been deprived of their salaries since last six months as the hospital management has failed to resolve this issue. They protesters were carrying placards and banners inscribed with different slogans like ‘ensure early release of salaries’ and ‘we want justice for doctors’ and ‘stop injustice with doctors’. “We are passing through economic crises and facing great hardship due to non-payment of their salaries,” the protesters said.

Moreover, the protesting doctors said that dental section has not been registered so far and they fear that their one will be wasted. The association general secretary Dr. Tariq Aziz told TNN “30 house job doctors complete six months house job without salary payment.”

On the other hand, BKMC Principal Dr. Amal Hitab told TNN that this the first batch on the institution and their report for their registration has been forward by Pakistan Medical & Dental Council (PMDC) to federal cabinet for prime minister approval. He said that with the approval of registration the house doctors will be released.