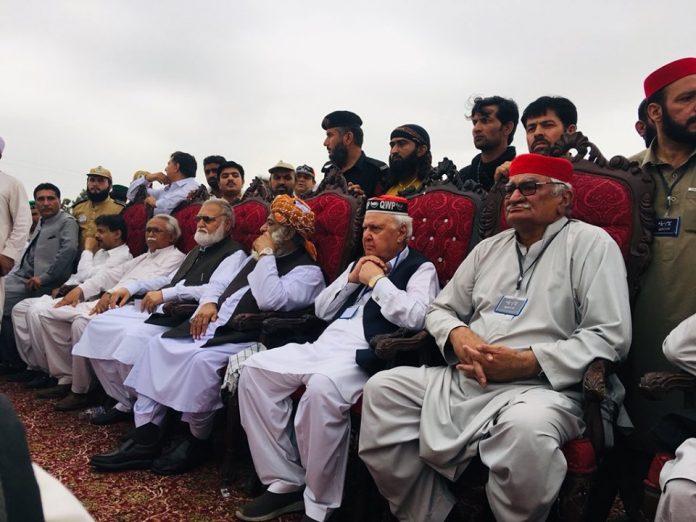 PESHAWAR: The anti-government alliance observed countrywide “black day” against the alleged rigging in the July 25, 2018, general elections. The joint opposition is holding a public gathering in all provincial capitals — Karachi, Lahore, Peshawar and Quetta — while a demonstration will be held in Islamabad on Thursday.

In Peshawar, the opposition leaders held a public gathering on motorway chowk where all opposition party leaders strongly criticized the PTI government for allegedly putting the country into economic woes and targeting opposition parties for inability to face criticism during its first year of rule.

The head of Qaumi Watan Party, Awami National Party (ANP), General Secretary of the Pakistan Muslim League and Pakistan People Party attended the gathering. The decision of observing the July 25 as the black day was taken by the all opposition alliance led by Maulana Fazlur Rahman while in response the PTI government is observing Yaom-e-Tashakur.

While addressing the gathering Asfandyar Wali Khan said they are not power-hungry but struggling against the ‘selected’ government in the greater public interest. He alleged that the government is using the National Accountability Bureau (NAB) for the political victimization and challenged Imran khan to prove the allegation levelled against him for possessing assets abroad. 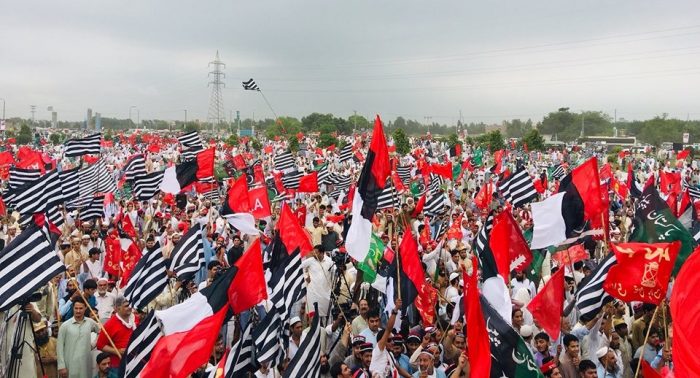 The ANP leader said that during the first year of Imran Khan Government poor are even unable to earn their livelihood due to the present economic policies of the PTI government and accused it of putting the country into economic woes. He also criticized the US president Donald Trump statement about Afghanistan in which he said that he can wipe out Afghanistan within a week if he wants to. Asfandyar added that this statement will further create unrest in the region.

The Pakistan Muslim League-Nawaz (PMLN) leader Ahsan Iqbal also lashed out at the PTI government saying that the incumbent government had “ruined” the economy in its very first year of its tenure. The former federal minister for planning Ahsan Iqbal said that PM Imran Khan is borrowing loans from every friendly nation. “He (Imran Khan) would use to say that he would commit suicide but not ask the International Monetary Fund for money,” Iqbal said.