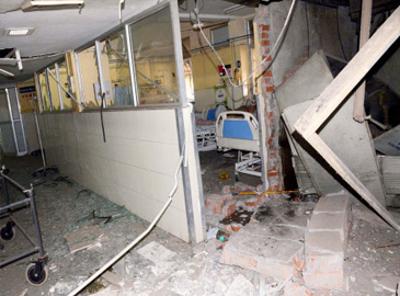 TANK, 22 December: The building of a local hospital was damaged and the watchman fainted in a bomb attack in Tank on Thursday.

Police said a bomb exploded at the gate of basic health unit (BHU) in Gomal Kot Hakim area in the morning which damaged its building. The watchman present on the gate fainted in the incident who was taken to hospital. The hospital sources said the watchman fainted due to shock and he did not receive any injury and his condition is out of danger.

Police launched search operation in the area after the incident and the security of polio teams in the district was also enhanced.