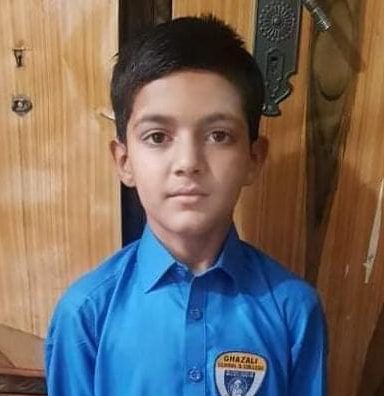 MARDAN: The body of a nine-year-old boy, who went missing under mysterious circumstances in Katlang area of Mardan, was found on Friday.

The body bearing torture marks was handed over to heirs after post mortem. TNN correspondent reported that Ismail, son of Mumtaz, who was a student of third grade, went missing on Thursday evening from Purana Mohallah area of Katlang. The family members searched for him everywhere, but could not find him.

The whole area is soaked in grief and sorrow over the tragic incident and people are demanding arrest of the killer and strict exemplary to him.

District Police Officer (DPO) Zahidullah, soon after receiving information about the incident, reached the incident site. He visited the victim family, offered Fateha for the departed soul, and assured that the killer will be arrested soon. The DPO said the body of the child had some torture marks. He said police cannot say anything about sexual abuse at this stage. He said further action will be taken in the light of the autopsy report.

The father of the slain child said he has no enmity with anyone. He demanded justice for his son who was killed so mercilessly without any fault.

Sakeenullah’s younger brother, Yasir was injured in the grenade attack. The injured was shifted to a nearby hospital where his condition was stated to be out of danger.

The Bannu Township Police immediately reached the spot and filed first information (FIR) against unknown miscreants. Investigation into the incident is underway.

Police said the tribal maliks were targeted when they were travelling in a car at Tehsil Road in Mir Ali.