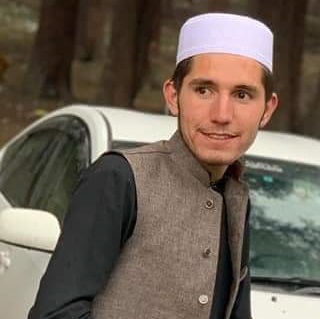 UPPER DIR: The body of a student, who drowned two weeks ago in the river in Wari area of Upper Dir, was found on Thursday night.

TNN correspondent reported that Khalid Mahmood was a student of first year and the only brother of four sisters. Khalid had drowned in Panjkora River two weeks ago when he was fishing along with a relative who was also drowned. The body of the relative was found, but Khalid’s body was not found for two weeks.

A large-scale operation was conducted by the rescue persons and local people for one week to find the body of Khalid, but it failed. The villagers even could not find success in finding the body at that time despite changing the direction of the river water. Eventually, the body was found in the river near Wari on Thursday night. The villagers took the body to Kakad area and buried it after funeral.

Several incidents of drowning of youth have been reported this summer from different parts of Khyber Pakhtunkhwa. Last week, a media statistics report revealed that at least 139 people, mostly the youth, drowned in different rivers of KP.

The report said those drowned in rivers were mostly the youth who visited rivers for picnics and bathing during hot weather.

Despite a ban on bathing in rivers, many people lost their lives after being washed away by the rapid currents of different rivers raising a concern call for the authorities. The report said 16 people drowned in Swat during one month, 15 in Peshawar, and 14 in Nowshera. As many as 11 people drowned in Mansehra, 10 each in Lower Dir, Malakand and Charsadda, eight in Mardan, seven in Swabi, six in Upper Dir, and five each in Bajaur and Chitral. Haripur reported four deaths from drowning, while Karak, Shangla and Dera Ismail Khan reported three deaths each. Two people each drowned during one month in Kohat, Khyber, and Mohmand districts, while one person each died in Battagram and Lakki Marwat rivers.

Last month, the district administration of Charsadda had banned swimming and bathing in the river at Khiali area.