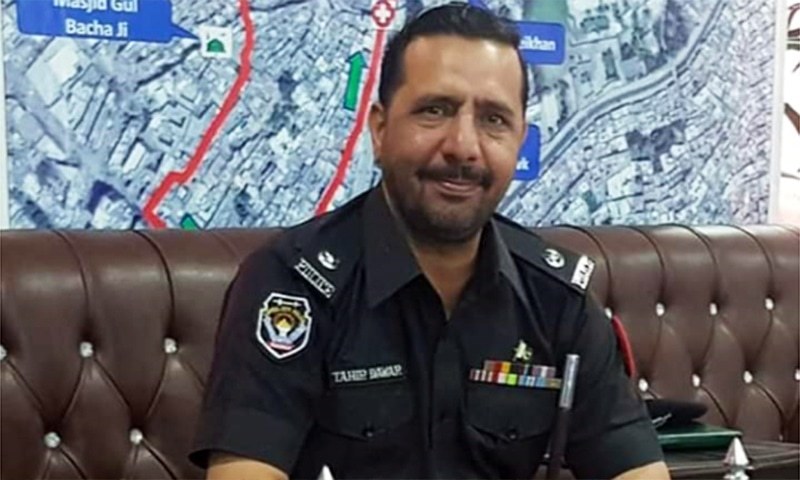 NANGARHAR: Media reports suggest that the disfigured body of the kidnapped superintendent (SP) of Khyber Pakhtunkhwa police Tahir Khan Dawar has been found in Nangarhar near Pak-Afghan border.

The reports say that he was severely tortured and then killed by unknown persons and dumped his body near Pak-Afghan border in Momand Dara area of Nangarhar province. Photos that are circulating on social media showing his severely tortured body with a statement of the alleged militants.

The IS Khorasan reportedly claimed responsibility of the killing of police official who was kidnapped from Islamabad on October 27, 2018.

During a press conference at Islamabad,  when journalists asked minister of state for interior affairs Shehryar Afridi about Tahir Khan, he refused to comment saying that this is the issue of national security and concerns a life of a person. He also declined to comment over the veracity of the social media reports suggesting he is murdered in Afghanistan.

However, he said he said the government was seriously pursuing the cases of individuals whose loved ones had been missing.

Meanwhile, the federal government and KP police authorities said they have no confirmation regarding reports of the killing of SP Tahir Khan Dawar, who went missing from Islamabad last month.

Inspector General (IG) Khyber Pakhtunkhwa police, Salahuddin Mehsud said they were in touch with the Afghan government through concerned departments. He said an official statement would be issued after confirmation.