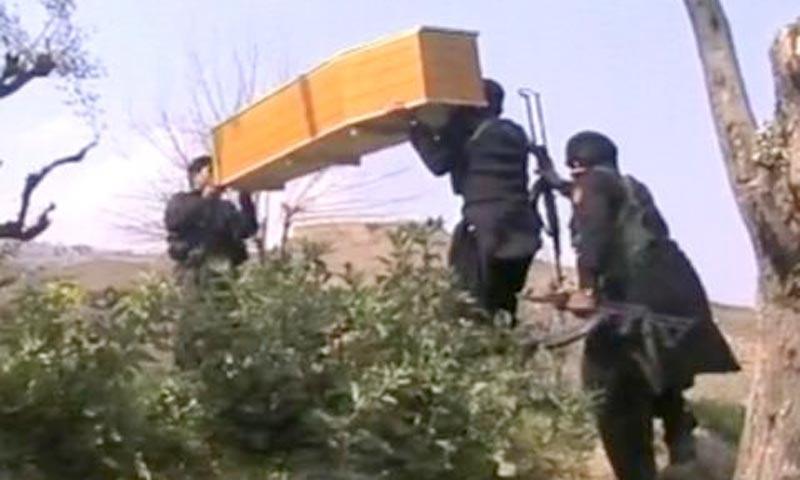 JAMRUD, 19 March: The body of a Khassadar official, who was shot dead by unknown militants in Jamrud area of Khyber Agency on Saturday night, was recovered on Sunday morning.

The political administration said Khassadar official Kamal was shot dead by unknown miscreants in the night and his body was found near Havaldar check post in the morning. The administration said the body was taken to Jamrud Hospital from where it was handed over to heirs.