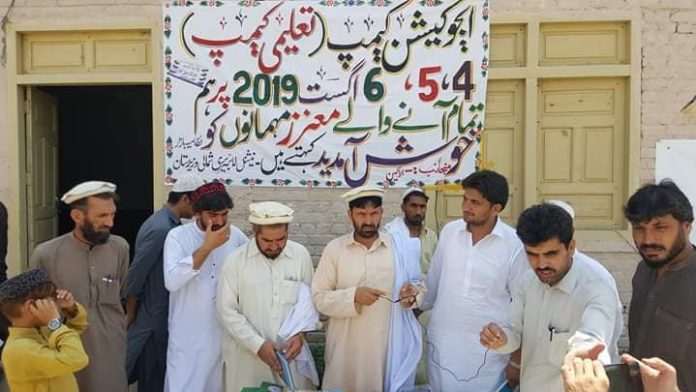 MIRANSHAH: For the first time, a three-day book fair has commenced in North Waziristan tribal district with an aim to ignite the love of book-reading among the youth.

One of the organisers of the book fair, Zahid Dawar said while talking to TNN that the book fair has been organised by the Waziristan National Library in Eidak area of North Waziristan. He said books on history, literature, science, religion and other topics have been put on display in the book fair.

Zahid Dawar said he has got the help of a student, Nasir, Dr Asif and other youth of the area for arranging the event. He said it is first ever book fair by a non-governmental organisation (NGO) in the area. He said the aim of the event is to bring the youth towards the habit of book-reading and make them learned citizens of the country so that they could contribute to the national development in a befitting manner.

The Waziristan National Library representative said a large number of youth from the area are visiting the book fair and taking keen interest in books on different topics. He said the arrival of a large number of students at the book fair is a testimony to the fact that the youth of Waziristan take keen interest in education and they want to enhance their knowledge in different fields. He said the reading and the writing guarantees bright future of the youth.

Zahid Dawar said it is the first phase of arranging book fair and this process will be expanded to other areas in near future. He said lectures will also be arranged at the book fairs for students who want to take admissions in different colleges and universities. The lectures will also put light on procedures to get different students scholarships. 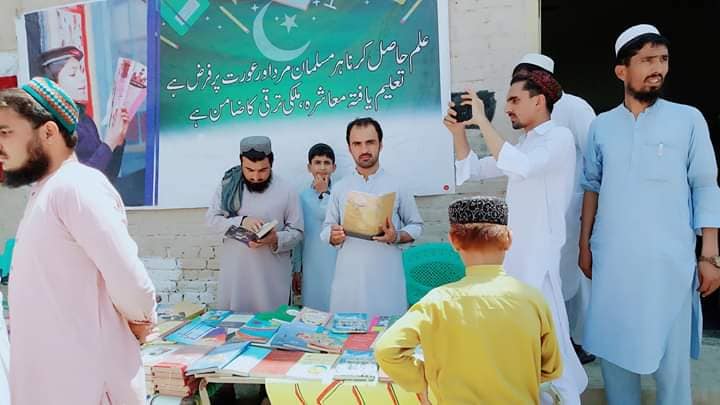 He said it is not possible for girls students in the environment of North Waziristan to visit the book fair. He said his organisation is planning to organise debate competitions in girls schools and giving lectures to girls students about the importance of book-reading.

The local people have welcomed the event in their area. Hanif Wazir, a local resident, said while talking to TNN that it is a wonderful step for the youth to get books on different topics. He said the youth of Waziristan have proved that they love education and support such activities.

Zahid Dawar said he will expand his campaign in other tribal districts if the government provided him help.