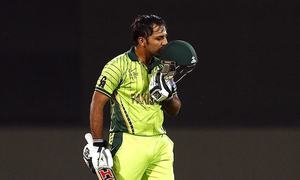 DUBAI, 21 October: Pakistan cricket team captain Sarfaraz Ahmad was reportedly approached by a bookie ahead of third one day international against Sri Lanka.

Media reports said that the player immediately contacted the anti-corruption unit of the Pakistan Cricket Board to report the incident.

The team captain responded in an admirable manner and in accordance with the laws laid down in the players’ code, informing the PCB of the approach immediately.

Coming to the series in question, Pakistan clinched it comfortably, winning the third ODI by seven wickets, thereby taking an unassailable 3-0 lead.