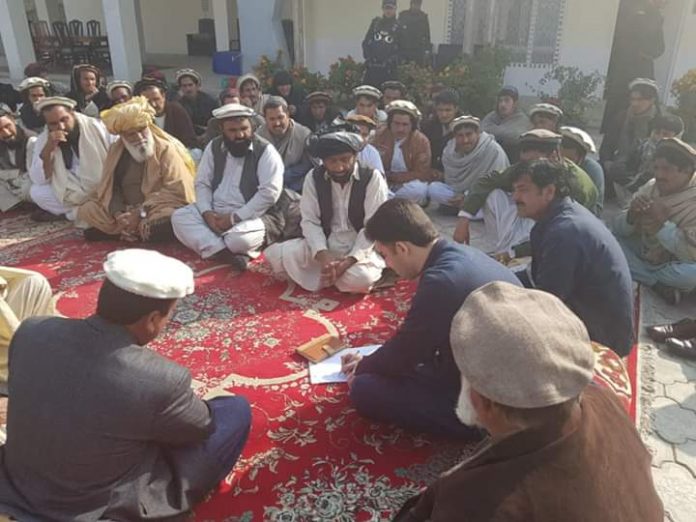 MIRANSHAH: The elders of Gurbaz tribe in North Waziristan tribal districts have called upon the government to make sure that the families should not be divided with the fencing on the Pak-Afghan border.

The Gurbaz tribesmen held a Jirga with Additional Deputy Commissioner Manzoor Afridi in Miranshah on Monday during which they assured that they had no problem with fencing of the border as part of the border management plan. However, they said some families of Gurbaz tribe, which live on both sides of the border are divided with the fencing which is a matter of concern for them.

They said that with fencing, some members of one family came in Pakistan’s jurisdiction, while some others are left in Afghanistan. The tribesmen said this issue has created difficulty for them as all the tribesmen have strong bonds and with fencing they will not be able to meet their family members on the other side of the fence.

The tribal elders also demanded establishment of new schools and health facilities in the area. Manzoor Afridi assured the tribesmen that all their genuine concerns will be addressed.

Pakistani officials have made it clear that the fencing is meant only for stopping illegal movement across the border and to stop militancy. They said the tribesmen will have no problem in crossing the border through specified gates.