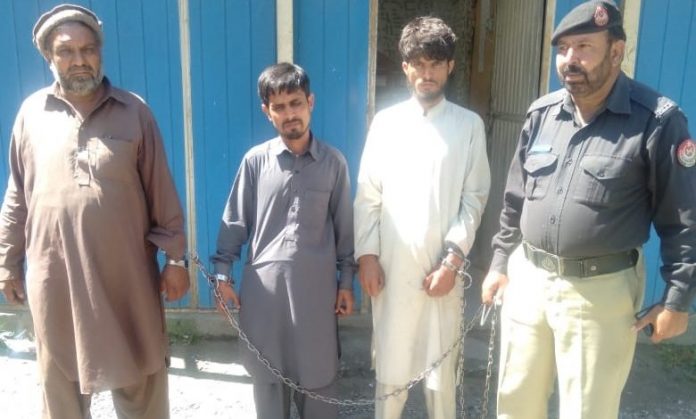 MANSEHRA: A boy and a girl have been killed in the name of honour in Kaghan valley of Mansehra district.

The bodies of a young boy and girl were found in Patian Jareed area in the limits of Kaghan Police Station on Tuesday. Sources said both have been killed in the name of honour. Police have filed cases against five accused including parents of the deceased girl and boy.

Kaghan Police Station officials said they found two bodies in Patian Jareed area on Tuesday. They said that after identification of the bodies, post mortem was conducted to determine the circumstances in which both wree killed. Cases have been filed against five accused including Shahid Ali, Ms Zareen Taj, Shahid Khan, Ms Zahida Parveen and Arif Khan and they are being interrogated.

Initial investigation has revealed that the boy and girl liked each other and wanted to enter marriage. The slain girl was living in the house of her uncle along with her mother in Patian Jareed for the last two months. The probe further revealed that the boy had secretly come to meet the girl on the night of July 20. The family members of both the girl and boy then allegedly colluded to kill both of them for ‘honour’.

District Police Officer (DPO) Mansehra Sadiq Baloch has taken notice of the incident and directed Sub-Divisional Police Officer Circle Balakot Murad Khan and Station House Officer Kaghan Wajid Ali to make sure that all the nominated accused in the case are arrested immediately. The SHO while taking immediate action arrested three accused including Shahid, Arif Khan and Shahid Khan, while raids were continuing to arrest the two other accused. The arrested accused were presented in the court on Wednesday.