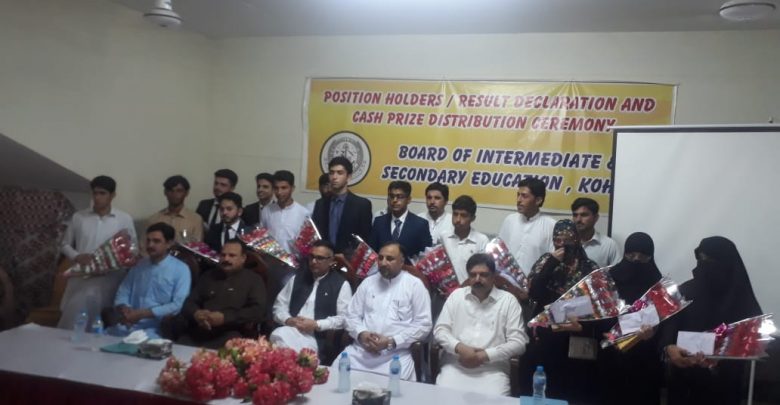 The results were announced on Friday, with Junaid Imran of Kohat Cadet College secured 1014 out of 1100 marks. Similarly, Danish Sattar and Saifullah of the same college secured second and third position by securing 1007 and 1004 marks respectively.