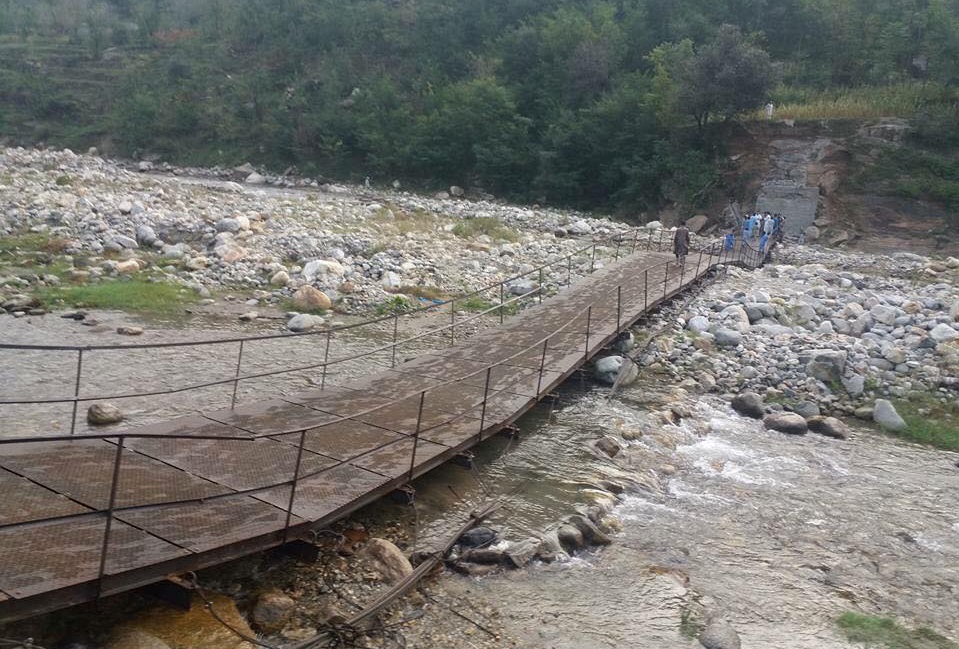 SHANGLA, 30 September: A bridge constructed a week ago in Shangla has collapsed due to the use of substandard construction material.

People of Kuz Kana union council told TNN that construction work on the bridge was launched in 2013 and it was completed in four years. However, it collapsed within one week of its completion. The area people said substandard construction material was used in the bridge.

They said they have sent several complaints to Member National Assembly Ibadullah and district nazim, but no action was taken. They demanded the government to take action against people responsible for this negligence and re-construct the bridge.