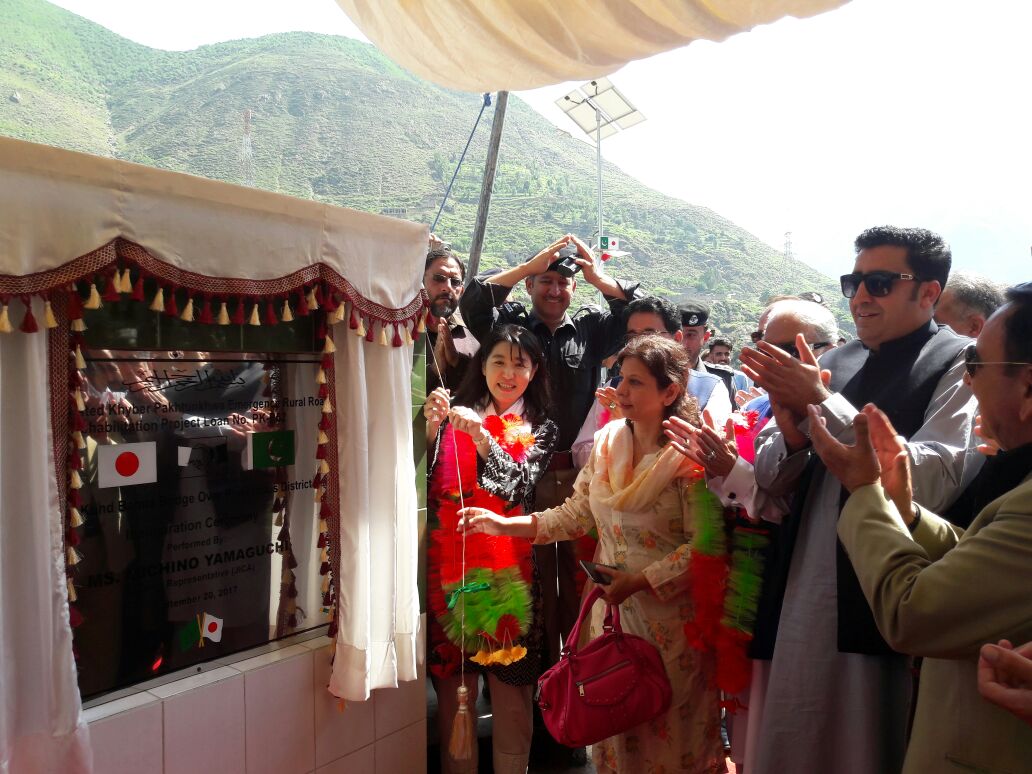 BATTAGRAM, 21 September: A bridge in Battagram’s Kund Banah area, which was damaged in flash flood last year, has been repaired with the cooperation of a Japanese company.

The local people said the bridge was damaged in flash flood after monsoon rains last year due to which the link of 300,000 people of Alai tehsil with Shangla district was cut off. They thanked the Japanese company for repair of the bridge.