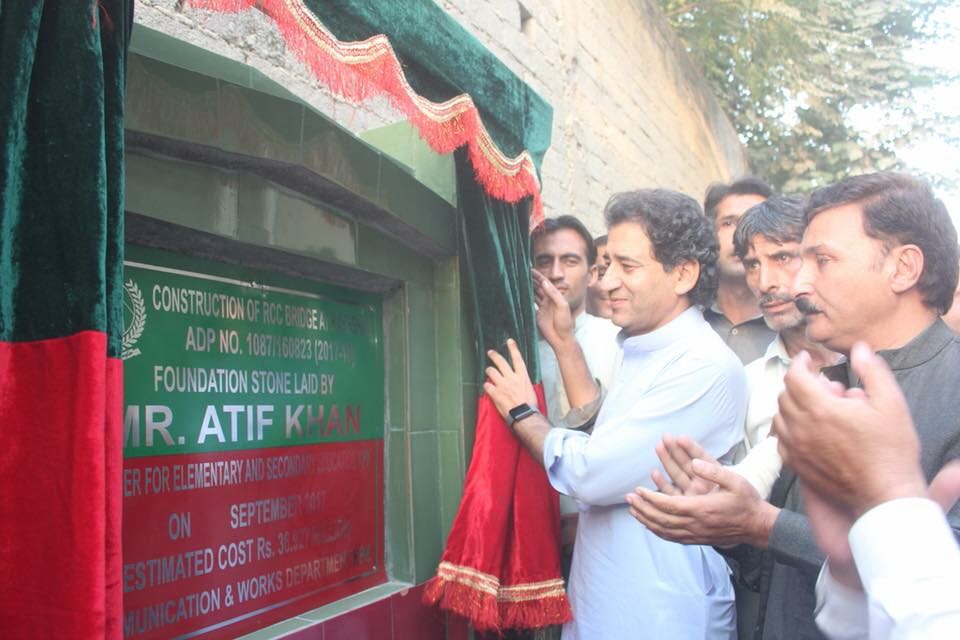 MARDAN, 27 October: The recently built Tatay bridge in Bakhshali area of district Mardan has been inaugurated for vehicular traffic. Provincial minister for Education Muhammad Atif Khan inaugurated the bridge during a ceremony held here on Friday.

The minister while addressing on the occasion said the bridge would provide relief to the local residents in transportation. He added that the project was completed at a cost of Rs37 million.

He further said that the provincial government fulfilled all its promises it had made with the public, adding other ongoing projects would soon be completed.