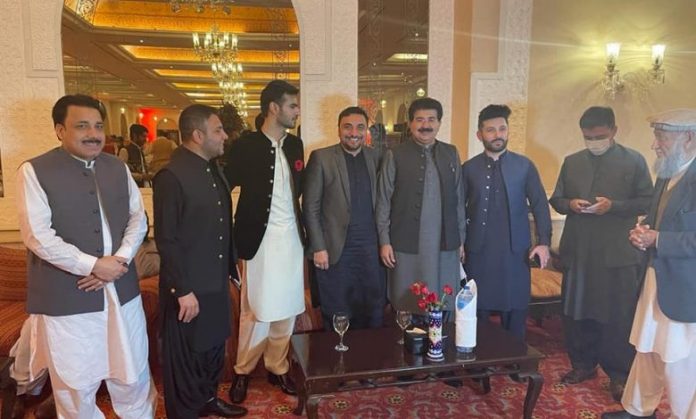 On the important occasion of Ibrahim Khattak’s Nikah and Barat functions, Pervaiz Khattak did not invite his younger brother Liaquat Khattak.

Differences between the two brothers surfaced over award of ticket for by-election in Nowshera after the death of Jamsheduddin Kakakhel due to coronavirus. Liaquat Khattak, who was a provincial minister, wanted the PK-63 ticket for his son, but Pervaiz Khattak gave the ticket to Umar Kakakhel, son of late Jamshed Kakakhel.

Tension kept on increasing as Liaquat Khattak decided to support the rival PML-N candidate against the PTI candidate Umar Kakakhel. An incident of firing was also reported on the public meeting of Pervaiz Khattak during the election campaign for the hotly contested seat. The PML-N candidate Ikhtiar Wali eventually won the seat which brought huge embarrassment for the PTI government in KP and was considered a huge upset. Further, Liaquat Khattak also arranged a music party at his hujra (male guest house) to celebrate the victory of Ikhtiar Wali.

Chief Minister Mahmood Khan took immediate action and removed Liaquat Khattak from the provincial cabinet. Before and after the Nowshera by-election saga, Liaquat Khattak is repeatedly asking Prime Minister Imran Khan to give him time for a meeting, but the latter has decided to ignore him over betraying the party during crucial time.

Family sources said the Waleema function of two sons of Pervaiz Khattak will be held at Manki Sharif, Nowshera on April 11.