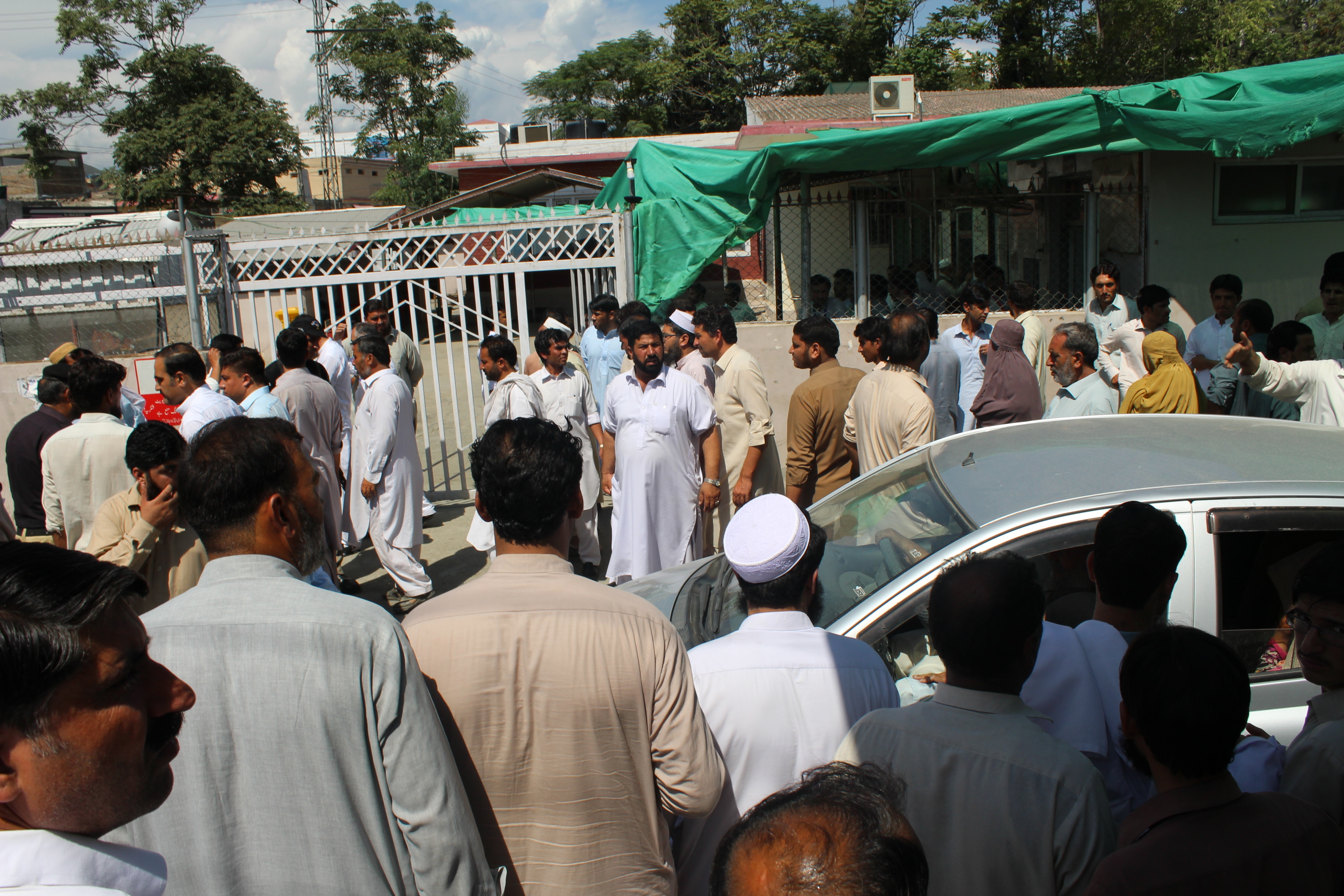 Subsequently, the gunmen were surrounded by police which led to exchange of fire. As a result of which two policemen namely constable Fazal Wahab and constable Muhammad Zubair were killed while one of attackers was injured, said the police.

They added that  the injured gunman jumped into the nearby Panjkori River. However, he was soon recovered by Police from the river and put him in the lock-up.
Following the attack, police and security forces have started search operation to arrest the fleeing attackers.