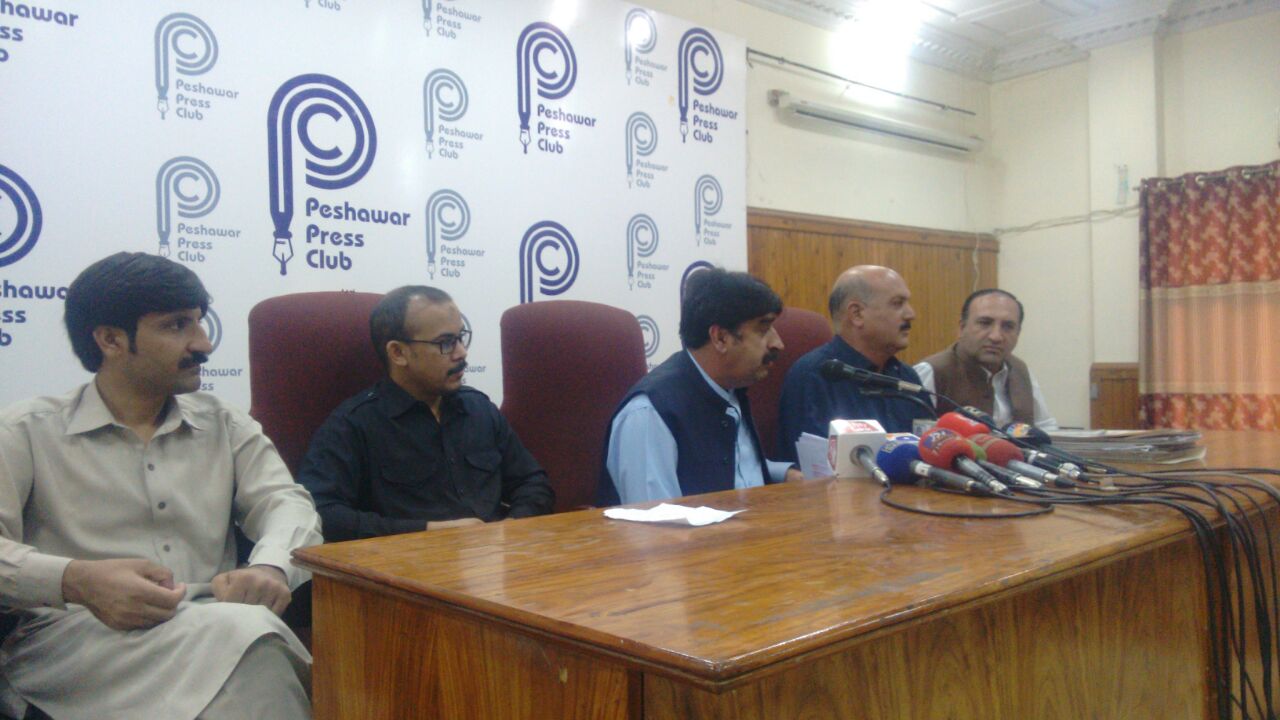 PESHAWAR, 8 November: Member Provincial Assembly Ziaullah Afridi on Wednesday alleged that Bus Rapid Transit project was awarded to a contractor who has been facing corruption reference in Punjab.

He alleged that the contractor has been banned in Punjab for his involvement in corruption and corrupt practices.

Addressing a press conference at Peshawar Press Club, he said that Maqbool & Co has been convicted in corruption references and released after plea bargain agreement with NAB.

He said that it was illegal to award multi-billions rupees project to a contractor who has already been convicted in corruption.

He vowed to expose the corruption in BRT at all cost and would become party to the petition filed by Jamiat Ulema-e-Islam-Fazal against it.

“If 80 buses are enough for a big city like Lahore, then why the government would purchase 400 buses for Peshawar like small city,” he questioned.

The Peshawar High Court on Wednesday asked Environmental Protection Agency to submit a detailed report on environmental impacts of BRT. The directions were issued by a division bench headed by Chief Justice Yahya Afridi, on a  writ filed by Jamiat Ulema-e-Islam.

The petitioner claimed that district government was not taken into confidence. Advocate General Abdul Latif Afridi was also appeared before the court.