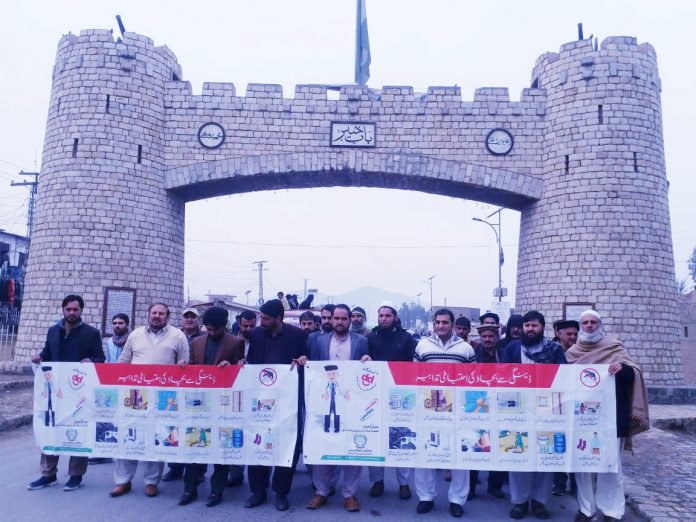 PESHAWAR: Dengue fever has changed the life of Mujahed Khan, 26, for good as he has decided to create awareness among the people as social mobilizer and serve his area people by saving them from the dangerous disease.

Hailing from Sultankhel area of Landikotal in Khyber tribal district, Mujahed visits different hujras (male guest houses) in his village where he educates the villagers about preventive measures against dengue and tells them about signs and symptoms of the fever.

The main reasons behind the spreads of disease in Khyber are lack of awareness and limited resources in government hospitals. During the year 2019, 359 dengue cases surfaced in Khyber. However, no one died of the disease.

“I was having severe body pain and high fever for first few days. My pain was getting worse gradually. Then I visited a government-run hospital where I was diagnosed with dengue NS1,” Mujahid said while talking to TNN.

“It was a hard time for me as I had heard that dengue can be fatal. I don’t want any other person to suffer from same pain and I have decided to save people from the disease by creating awareness among them” Mujahed said.

He said since the government was not conducting any dengue awareness campaign in Landikotal, he decided to take on the responsibility of making local people aware about it.

Dr Khalid, focal person of Khyber district for dengue eradication, said focus areas for such campaigns are Jamrud and Bara tehsils, wherein more cases of dengue fever were reported in 2019. However, he said, limited staff and no budget for dengue prevention has negatively affected the community mobilization efforts.

“We don’t have any specific budget for the anti-dengue campaign. We use malaria program staff and insecticides provided for malaria. The Khyber health teams do a lot of work within limited resources,” Dr Khalid told TNN.

He said fumigation was not available in abundance, the health teams did it in Nogazi, Shalobar, Alamgoodar, Dogra, Bara, Shahkas, Wazirdand, and some other areas of Landikotal tehsil. He said fumigation is not an ideal solution to prevent dengue. He said the most important thing is that people should remove stagnant water from their houses and soundings, which is the favorite breeding place for mosquitos. He urged the need for special focus on educating tribal women about removing stagnant water from houses.

In a tribal culture, it is not possible for volunteers like Mujahed to reach out to women population to create awareness among them. In such a situation, women volunteers are needed to carry out this important task. No campaign for women has ever been run in Khyber to prevent the spread of the disease.

Ms Bakhtparaka, 44, who suffered from dengue, said health officials were aware of dengue cases in Sultankhel, but they did not come to the village to prevent the spread of the disease.

Dr Khalid said despite limited staff, lady health workers visit homes in some areas to create awareness about dengue prevention. He said that he wanted to send male teams to girls’ schools, but could not do so as the government had banned male officials from visiting girls’ schools and colleges in the province. “We tried to cover some schools through female LHWs,” he added.

Dengue has not only affected local population, but also health officials in Khyber district. Khyber District Health Officer Dr Shafiq Afridi along with his five children has also been hit by dengue virus.

Talking to TNN, Dr Shafiq Afridi said that on October 12, he and his children were tested positive for dengue. “Since then we are under treatment and using mosquito nets and spray and repellent as prevention measures. We are also using plenty of water to avoid dehydration,” he remarked.

Dr Saleem said dengue is a threat to human health and it needs to be overcome by creating awareness among masses. Like Mujahed, he himself carried anti-dengue campaign voluntarily in different areas like Peshawar, Charsadda and few areas in Khyber district.

Mujahed suggested that the government should not wait for dengue outbreak in areas like Khyber and rather it should make arrangements in advance when dengue is not too widespread in winter. He requested the educated youth to come forward and help the government in mobilizing communities against dengue virus.