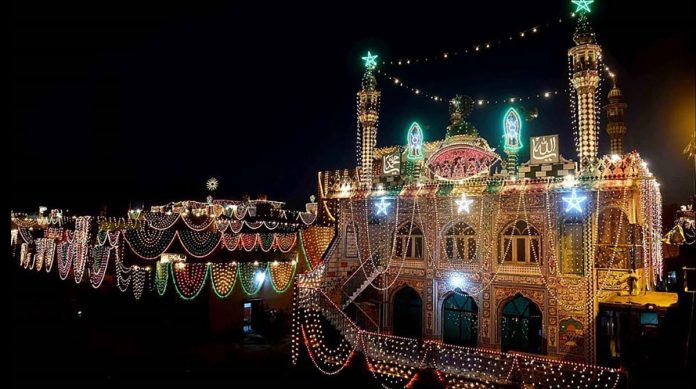 BUNER: District Buner is perhaps the only district where followers of two faiths have been living in peaceful coexistence since partition of the subcontinent.

It was this peaceful coexistence due to which not a single Sikh migrated to India after partition. Muslims and Sikhs have been living in the district with no riot on basis of religion and everyone is free to practice their religion.

There are around 5000 families of Sikhs who mostly have their own businesses. They own give gurdwaras and as many cremation site where they openly go that perform their rituals.

Around 50 percent Sikh population is living in Pir Baba area while the remaining live in Ghoghashto, Chingalai, Jangai and Dewana Baba. “Our forefathers have settled here decades ago 70 years ago in Pir Baba that was one of the main business hub in former princely state of Swat,” said Sanat Singh, a resident of Pir Baba.

Children of Sikh, Muslim and Hindus have been studying in same schools. “We speaks same language, we have same colours and customs then why should we hate each other on basis of out faiths that is totally the prerogative of Allah to decide,” said Asim Ali Shah, a local resident.

Former member KP Assembly Gorcharan Singh said that they have their own shamshan ghat, gurdwaras, property, businesses with same language and colors then why should they migrated to India or elsewhere.

“Wali-e-Swat once offered my forefathers assistance if they wanted to migrate to India but my ancestors refused for we have been living peacefully,” said he.

Dr Tilak Singh owns a house and constructed a gurdwara adjacent to it and property. “We have never faced any hurdle to practice our religion from anyone,” he said. He added that they might have different religions but same language and customs that has been keeping them united.

He said his father settled in Chagharzai area decades ago and since then they share help each other in times of need and attend marriage ceremonies.