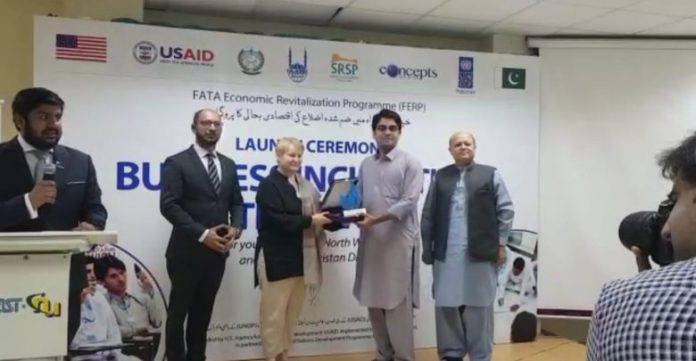 The training has been launched under the economic revitalisation programme for the merged tribal districts. Speaking on the occasion, the CM’s special assistant said the KP government is committed to development of tribal districts and making different plans in this regard. He said new opportunities are being created in the field of information technology for the youth of merged districts. He said the government aims to strengthen and empower the youth through IT and make them economically stable.

The special assistant said 30 percent women would benefit from the business incubation training, besides thousands of young male students. He said the students will be imparted training in business entrepreneurship during different sessions. He said the government aims to introduce the youth to the latest technologies through such trainings.

Kamran Bangash said the field of IT is making swift development throughout the world and Pakistani youth should never lag behind. He said the government is also setting up incubation centres in merged tribal districts. He said grants will also be provided to the Fata University in this regard. He claimed that Khyber Pakhtunkhwa was ahead of other provinces in digital transformation.

A teacher has been sacked over torturing a student in Landiktoal, Khyber tribal district.

Rehan, a student of Rising Public School in Ghanikhel area, had accused his teacher Haroon of torturing him on Tuesday. The report of the incident went viral on the social media after which the district administration and local police summoned the school principal and teacher at Landikotal tehsil.

The administration asked the school principal to sack the teacher. The said teacher has also apologised to the family of the student over his behaviour.

Tehsildar Bazaar Zakhakhel Nadeem Khan confirmed that the teacher who tortured the student has been sacked over the orders of Deputy Commissioner Mehmood Aslam Wazir. He said torture on students will never be allowed in government and private educational institutions.