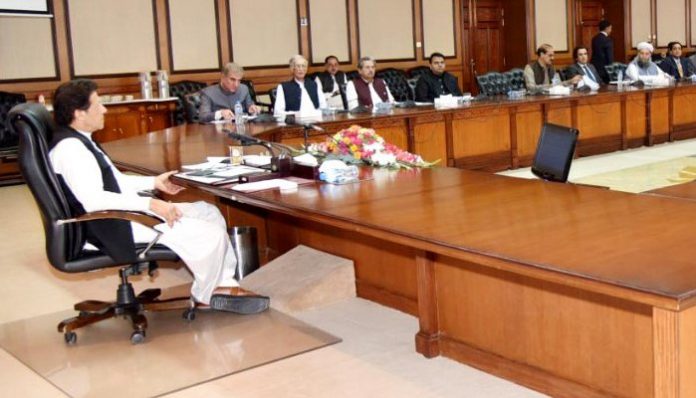 PESHAWAR: The federal cabinet has approved a budget of Rs57.3 billion for Khassadar force and other forces working in the tribal districts for their capacity building and other needs.

Federal Minister for Information and Broadcasting Fawad Chaudhry revealed this while addressing a press conference after the federal cabinet meeting in Islamabad on Tuesday. The minister said it is very important that the merger of erstwhile Fata with Khyber Pakhtunkhwa has been completed.

Among the other important decisions, the cabinet decided to ban the telecast of Indian Premier League (IPL) cricket matches in Pakistan. Fawad Chaudhry said it was not good to mix sport with politics, but India’s continuous aggressive posture forced Pakistan to take this step. Fawad said India is maintaining a hostile attitude towards Pakistani citizens, actors, artists and cricketers in the aftermath of Pulwama attack. He said the Indian cricket players wore military caps during a match against Australia which was the limit for Pakistan. He said the official Indian broadcaster was made to pull-out of the fourth edition of the Pakistan Super League (PSL-4) in the middle of the tournament to harm the mega event. He said telecast of IPL matches has been banned as India was continuously working to damage the Pakistan cricket. He said Pakistan cannot promote Indian domestic cricket at a time when they are bent upon damaging Pakistan cricket.

The minister said the Pakistan Electronic Media Regulatory Authority (Pemra) will make sure that IPL matches are not shown on any TV channels. Fawad said Pakistan principally agrees to the stance that sports, culture, and other showbiz activities should not be politicised, but India adopted an aggressive posture against Pakistani players and artists.

The cabinet formally approved creation of a new division in the name of Social Protection and Poverty Alleviation Division. Fawad said that the government was not going to change the name of Benazir Income Support Programme (BISP). He said the government has introduced a poverty alleviation programme under which various social welfare schemes such as the Sehat Insaf Card, business loans and low-cost housing programme will be run. The Social Protection and Poverty Alleviation will be headed by Dr Sania Nishtar.