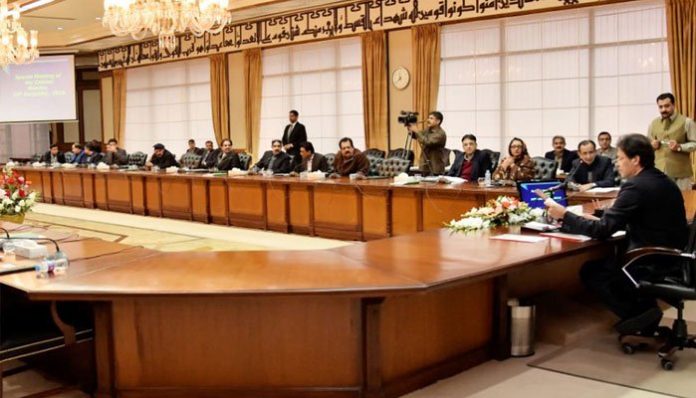 PESHAWAR: Prime Minister Imran Khan during a meeting of the federal cabinet on Thursday ordered removal of the names of Members National Assembly Ali Wazir and Mohsin Dawar from the Exit Control List (ECL).

The cabinet meeting chaired by Imran Khan reviewed a 26-point agenda including reforms in the tribal districts. During the meeting, the prime minister directed the Ministry of Interior to immediately remove the names of MNAs Ali Wazir and Mohsin Dawar, who are affiliated with the Pakhtun Tahaffuz Movement (PTM), from the ECL.

The cabinet in its previous meeting had put the names of the two lawmakers on the ECL after which the government came under severe criticism on the social media.

Both the MNAs were detained briefly by the Federal Investigation Agency (FIA) few days ago when they were about to board a plane to travel to Dubai from Peshawar Airport. They were stopped from boarding the plane and were told that they were not allowed to travel abroad as they were nominated in an FIR in Swabi.

On Wednesday, Mohsin Dawar in a message on the social media website Twitter had expressed disappointment over the fact that two lawmakers were barred from travelling abroad in a democratic country. He had said that the government had taken this step without any reason.

The Sindh government had also banned the entry of the PTM chief Manzoor Pashteen to the province few days ago. However, the provincial government took back the decision a day after issuing a notification of banning his entry.