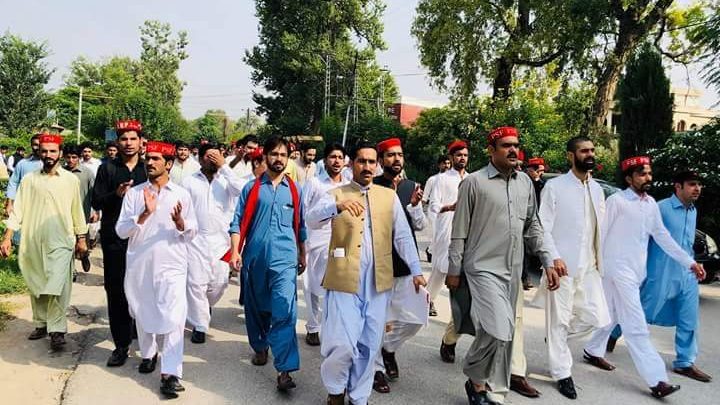 PSF students convened a general body meeting here that was presided over by its president Waseem Khattak. A large number of PSF activists and other office bearers were also present in the meeting.

The office bearers and its activists later staged a peaceful rally but the campus police arrived and baton charged them without any reason.

The police arrested several activists including its president and general secretory Usman Shah and shifted them to lock up.

PSF leaders criticized the police for torturing the students and arresting its president and other colleagues.